Oftentimes it takes a trigger for us to reflect on our own views, opinions, and actions.  Forming those views and opinions are the raw ingredients leading to intended actions.  Mostly we keep views to ourselves until we are ready to act.  Bucket lists develop in our minds and stay with us as we grow.  Practically everybody has bucket lists, even young children (think Disney Land) whether or not the bucket list items are discussed with others or enumerated with any set of priorities.  But it sometimes takes visual reinforcement of the concept of personal bucket lists to stimulate the internal reality that we all dream and have desires.

The mere notion of bucket lists is endorsed by photographs of breathtaking panoramas, aesthetic vistas, and movies that provide dialogue to justify some future road trip, travel adventure, or to fulfill a personal commitment. The 2007 movie “The Bucket List” starring Morgan Freeman and Jack Nicholson not only emphasized the existence of a bucket list mentality but did so to the point of popularizing the word and fetish. 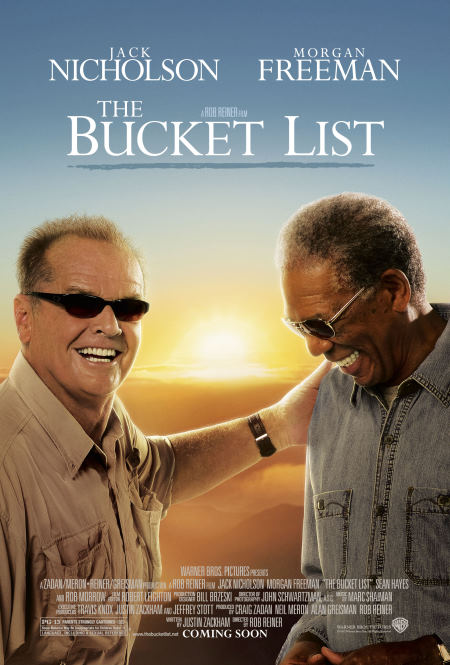 Even young people have bucket lists

Daydreams of tomorrow contain bucket list items not yet realized but, on a few occasions, items that were on the mental list of things to do and places to go harken back to satisfying episodes in the past. One of those minor items on the bucket list of the Footloose Forester took place in Eureka, Montana in 1958.  It was also one of those barroom tales so outlandish that it should be mentioned-- you just can’t make this stuff up.

On the road…again!!! as a hitchhiker near the Canadian border, the Footloose Forester intended to hitch his way into Canada and grab enough of the cultural differences as he could without knowing where he was going to end up, or for how long.  His starting point was at his US Forest Service job site at Warland, Montana about 40 miles south of the border.  His journey started after work on a Friday afternoon and he hoped to make it to the border by nightfall.  In practical terms, he presumed that he would at least get as far as Rexford, the next and only town along the 25 mile stretch between Warland and Rexford, but if he was lucky to get that far before dark, he would continue to shoot for the Canadian border.  Hitchhiking is pretty much hit-or-miss, so he had a Plan B in mind.  He carried a sleeping bag in his Army-surplus duffel, and sleeping somewhere along the way was in Plan B.  In addition, he had heard that if he got as far as Eureka, the last jumping off border town near the border, the police would allow hitchhikers to stay in their jail overnight, rather than allow them to be stranded on the road.  Eureka had a jail but it did not have any motels or hotels.

The Footloose Forester got lucky with his ride all the way to Rexford, so opted to continue on to Eureka and attempt to cross the border before dark. Another ride out of Rexford to Eureka came shortly afterward, and he decided to shoot for crossing the border before dark.  At Eureka, the brash young Footloose Forester decided to walk a few miles north out of town and signal his intentions to cross the border into Canada. The road was empty as the sun slipped below the horizon.  He does not remember if he had chosen a place to undo his sleeping bag in the Plan B scenario, but as darkness started to creep closer, a Eureka policeman showed up in his cruiser.  Fortunately, what they said about the police letting you stay overnight in their jail turned out to be true.

A smiling young cop asked the Footloose Forester to get in and return with him to Eureka.  Along the way, he mentioned that the local jail had only one cell and it was presently occupied by a drunken Mexican who was sleeping it off and wouldn’t be a bother, but the cell would have to be locked.  The cell had a clean toilet area where one could wash up and brush your teeth and the lower unoccupied bunk had clean sheets and two wool blankets. The Mexican in the top bunk opened his eyes just long enough to acknowledge the newcomer, then rolled over and went back to sleep without saying a word.

The climax of the episode and a fond reflection on a bucket list reverie took place around 07:30 the next morning.  Before the morning shift officer came on duty, a restless and hungry Footloose Forester started pacing in an otherwise quiet jailhouse cell. The Mexican inmate was still asleep and there was nobody else in the small building.  Would you believe what happened next?  Would you believe that in the cell there was a plain tin cup for drinking?  And would you believe that the Footloose Forester grabbed that cup and rapped it across the bars of the cell and said out loud, “let me out of this joint?”  A bucket list wish of mimicry straight out of gangster movies!  Had there been an officer on duty and had the Mexican been awake to mock him, it is unlikely that the Footloose Forester would have been so bold.  But hey, it was an opportunity that would never come again, and he took it.

One idea stimulates the formation of another one.  In the past 24 hours, the Footloose Forester started his advanced planning to visit another place on his bucket list.  For the curious, it can be found at coordinates: 37.186976, -86.101944.