The Development of the Umbilical Cord – Your Child’s Lifeline 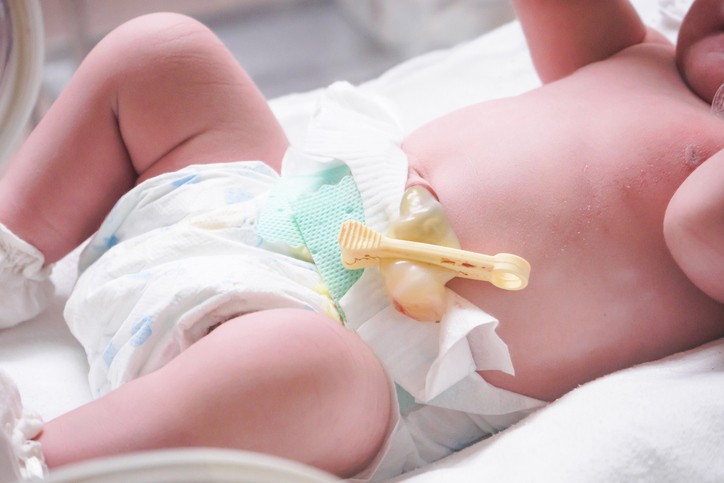 Soon after a baby is conceived, your body moves into overdrive to build the support system that your baby needs to grow for the next nine months. This system mainly comprises the placenta and umbilical cord. The placenta is formed when the fertilized egg splits into two – one becomes the embryo and the other, the placenta. The umbilical cord develops from embryonic tissue and is known to grow to about 60 cm long. In this article, we’ll tell you how the umbilical cord develops as your baby and belly develops.

It’s during the 5th week that the umbilical cord emerges and attaches itself to the placenta. In time, the umbilical cord will be responsible for transporting all the nutrients and oxygen from you to your baby. It will also carry away your baby’s waste.

At this time, the umbilical cord temporarily stores your baby’s intestines, as your baby doesn’t have enough room for the intestines. In a process called herniation, the entire intestinal tract moves from the fetus into the cord.

At about 12 weeks, when your baby is large enough, the intestines will move back into your baby’s abdomen. In the process, in this week, the Wharton’s Jelly, the main tissue in the cord, a gelatinous-like thing, keeps the blood vessels in the cord protected and serves as cushion inside the cord as it gets twisted and squeezed.

The umbilical cord continues to grow at a rapid rate. From delivering 35 ml of blood in the 20th week, it grows and can deliver 240 ml of blood by the 40th week. Here’s how it grows:

This is when the umbilical cord sees significant growth. It usually grows to the length of your baby, i.e. from the top of their head to their torso. However, don't be surprised if it's longer or shorter in your case. A wrigglier baby also means a longer cord to give your baby the freedom to move around. While the typical length is between 20 to 24 inches, the cord can even be 13 inches and can successfully do its job. At the other end of the spectrum, they can also extend to about 32 inches.

Till your baby makes an appearance in the world, the umbilical cord is almost like their first toy. They reach out for it and hold on to it as they float around in your womb. In fact, premature babies are given crotched toy octopuses, as their tentacles give babies the comfort of their mother’s womb.

At The Time of Delivery

At this time, the umbilical cord is cut and clamped out. Don’t worry! The baby and mother feel absolutely no pain during this process. Now it may seem like the umbilical cord has done its job and can retire when your baby is born, but there’s one small but very significant task it can still complete. The umbilical, which has till now been your child’s lifeline, can continue to protect it long after it’s been discarded. That’s because it’s packed with young and unadulterated stem cells that have the potential to treat over 80 life-threatening diseases (like cancer) and neurological disorders like autism, cerebral palsy, Parkinson’s disease and Alzheimer’s. This development has given rise to the banking of stem cells with cord blood banks – all to give babies and their siblings a fighting chance against any future illnesses.

You will also be surprised to find out that the umbilical cord has been preserved in many cultures. In Japan, it was kept in a decorated wooden box. Some Native American tribes stored the dried cord in a pouch that the baby wore around their neck. While the umbilical cord has always been considered to be quite significant, but medical advances have proved that its benefits live far beyond the 9 months that it accompanies your baby.

More posts from author
Thursday, 26 August 2021 What Is The Cost Of Newborn Stem Cell Banking?
Friday, 23 July 2021 The Development of the Umbilical Cord – Your Child’s Lifeline
Tuesday, 13 April 2021 Your Child Is Smarter Than Other Children But Has Problems With His Social Skills? Must Be Asperger's

Your Child Is Smarter Than Other Children But Has Problems With His Social Skills? Must Be Asperger's