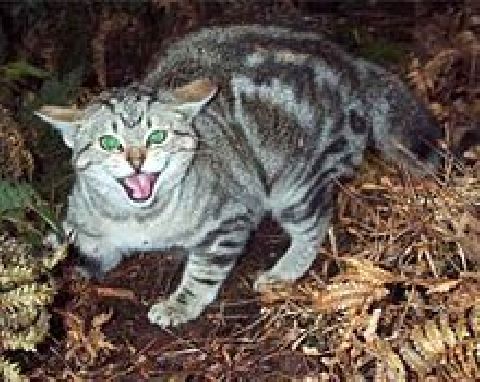 A few years back I got a request to organize for 2 days up in an area about 4 hours north east from Dallas.  I initially was going to have a hotel, but after some discussion about how the client be out of town the entire time and that a close friend of hers would be there, why don't I just go ahead and stay in the guestroom. I agreed.

She spoke of the fact that she had stage 3 cancer and was in treatment, and I initially thought she must be calling to “get her affairs” in order – just in case. Imagine my surprise when she stated that the primary reason she wanted to get organized was to get a grip on her incoming mail that consisted of solicitations for donations to various animal causes, and the desire to gather the free cute animal notepads, address labels, and stamps that accompany, in addition to setting up a system to determine which organization the client had already contributed to etc.  That should have clued me in, but she didn't seem to fit the “Animal Hoarder Profile” I had previously run into. She was in her 40’s, a Physician and lived in a nice neighborhood.  Not the elderly, often disabled or lonely cat lady living in a older home  - off the beaten path. .

Upon arrival I first noted the ~ 8 cans of rained on cat food bowls leading up to the front walkway and noted about 6 cats lingering about.  I figured I was at the right house.. Entering the house, it smelled of cat urine/spray, cat boxes & cat food. Yee-haw.  At first I thought all the cats were all outside or there must just be one or two, since I did not see any. After looking into a cabinet to determine space options for storage, I closed the cabinet door, but was told that I needed to keep all closets and cabinet doors open because that's where the cats lived. After opening several others and peering in and getting hissed at I learned to open them carefully and that there were at least 6 inside in addition to the "outdoor" cats. In asked how many she had in total, and she said around 12. I asked if there were any complaints. Turns out she had previously lived in an apartment and was asked to leave since she fed ALL of farel cats in the neighborhood. She also spoke of how she captured and neutered them when possible and despite moving 2-3 years ago, she continued to go to the apartment and feed them twice a day

There were several cat boxes about the house and then an entire room dedicated to cat boxes, condos and toys. In closets I noted candles on the floor and attempted to pick one up and put it “away” but was told that was there to “freshen” (as if that was going to help the smell).  It was also sad to note that she had the most beautiful antiques - all of which were covered with hair filled rugs to protect them from the cats.

After she left, we got to clearing out a room and moving furniture to set up a proper office, and paper/mail system. And later, we moved on to cleaning out a spare bedroom, and organizing her media and books.   We had to take breaks twice a day to ensure the cats all got fresh cans of tuna opened and given to them. A little something special to add to the smell of the house :)

The fun part was at night. The cats came out of hiding and would inch out of their cupboards cautiously, but if I made any sudden movement – they scrammed. I got into the bed and had the ceiling fan on, which caused the door to shut. Clearly the cats did NOT like this, as an upside down paw came under the door rattling it about and would not quit.  So I opened the door and the cat (s) quickly ran off.  Again the door closed and the same thing happened.  Clearly, I would not get sleep with the door closed. So, decided to prop the door open with a pile of books on the floor. After doing this and settling back in bed, I noted 2-3 cats sitting in the door, glowing eyes watching me.... I have to admit despite absolutely loving cats,  I was creeped out for a second, probably due to watching horror movies in my youth and knowing they were feral, and thinking of being eaten by cats J I couldn't quite bring myself to closing both eyes and pulled my covers up just a bit more. Finally, after about 15 minutes I guess they decided nothing was going on in here and lost interest and I finally went of to dreamland and dreamed of being surrounded and watched by cats all night.

My organizing clothing is usually black. Generally it is easiest to keep clean in messy situations, stains don’t show and of course it is "slimming" :)  That said, animal hair is a whole 'nuther matter!  I was so covered in cat hair that when I drove home I had to get out of the car to get gas (in the dark thank goodness) and when the gas pump wouldn't give me a receipt - I just left. There was no way I was going inside to get it.

In the end, driving home. I couldn’t help but ponder how this was the priority for someone with stage 3 cancer.  She had years of  highly unorganized important papers kept on her “bathroom counter” and tucked in dresser drawers for safekeeping and keepsakes that I thought would be priority.  Yet, getting control of the flurry of mail and payments for various animal causes was concerning her most. Years later, I've met many cat ladies, and couples, and am always amazed how some people love and care for their cats better than they do themselves and their homes. I’ve seen cat rooms with TV's & DVD’s running just for cats, and costly health bills and toys.  I’ve listened to those that truely believe they are giving better care for their cats than anyone else could give and can NOT see the situation for what it is. I continue to be fascinated with people, compulsive hoarding and organization.  I just thank goodness I have yet to find dead cats. I'm sure it's just a matter of time.

Fascinating story here Sandy. I can only imagine some of the unique situations you find yourself in when doing organizing work. I think I know a lady who this story is about. There are thousands of them I'm sure.

Fascinating story here Sandy. I can only imagine some of the unique situations you find yourself in when doing organizing work. I think I know a lady who this story is about. There are thousands of them I'm sure.
Cancel Update Comment

I have hoarding "zones" - like a drawer, closet or small room. This kind of stuff is what they make TV shows about - your detailed description really painted the picture for me!

I have hoarding "zones" - like a drawer, closet or small room. This kind of stuff is what they make TV shows about - your detailed description really painted the picture for me!
Cancel Update Comment
Follow