Sometimes when we are looking for something we might like to have in our homes or workshop, we venture out to the flea market to see what they have.  Of course, food items like milk and bread we most often buy in a grocery store because they are usually open seven days a week, not like the weekend flea market.  Flea markets are places where you never know what is going to turn up, and that is one of the mysteries about a gathering place where the people and the wares may come and go on a regular basis.

Black markets are a little like flea markets because you are never quite sure who is going to show up and what wares will be there for sale until they and the vendors are gone.  Growing up, the Footloose Forester had heard about black markets but never fully understood them until he found himself as a shopper in one or more black market sites in Viet Nam.  Presumably, the black markets were against the law, but we went when we wanted something that we knew was available there and no place else.  Most of the items were stolen, and that was part of what made the illicit market stalls illegal.  Let’s cut to the chase, the Footloose Forester went as often as he needed a supply of mosquito repellant.  It was not available in stores but the Olive Drab cans of excellent mosquito repellant that were manufactured specifically for military forces could only be obtained on military bases or on the black market.   Mosquito repellent was far too important to ignore in Viet Nam, and the people who devised ways to steal it from American military bases and later sell it on the black market also knew it. 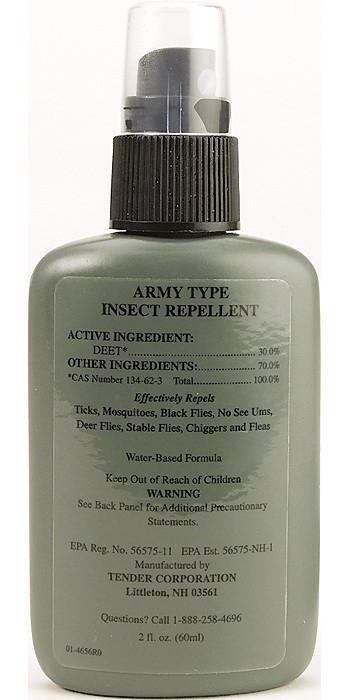 During the Viet Nam War, the containers were steel canisters

Rumors abound when there is a story too important to ignore.  Thus, a story about the theft of the entire shipment of mosquito repellent from the dock at Newport was retold many times.  It so happened that the Footloose Forester spent enough time at Newport, a US military cantonment on the Saigon River, to know several of the people who worked there and were willing to talk about how the theft went down.  A recreation of the scenario went something like this:  The Vietnamese civilians who were contracted to unload US Navy supply ships and to haul the contents of the shipments away to various military outposts, were generally aware of what was in the manifest.  Sure, there were security checks and measures to protect the manifests from falling into the wrong hands, but the shipment of mosquito repellent was a highly prized item that undoubtedly got special attention.  When the shipment containers were unloaded on the docks, a small fleet of private cargo trucks showed up, loaded the containers on their trucks and hauled them away.

Looking back, the Footloose Forester can’t remember the precise architecture of Newport in regards to monitoring access.  That is to say, he does not remember if there was even a gate and an armed guard.  The base was created in haste, to take the pressure away from other ports that were no better able to handle the voluminous traffic in supplies and war materials. It was largely a case of one ally trusting another ally to do the right thing.  But all commodities had a market value, and mosquito repellant was one commodity that soldiers and civilians depended on.  It was a natural for a heist.

It would be pure speculation to state how many black-market stalls were supplied with contraband mosquito repellant, how long they stayed in operation, or what happened when the authorities cracked down. The Footloose Forester only remembers that when word went out about the availability of mosquito repellant on the black market, he was there to get his before they sold out.  And the Olive Drab containers with no-nonsense, no brand-name labels sold like hot cakes.