A Few Anecdotes About Fruits

A Few Anecdotes About Fruits

We don’t give much thought to a comment by someone about having sliced banana in their morning cereal or crushed pineapple on last night’s baked ham.  Or the fresh papaya that we got from the supermarket, or a new variety of mangoes that we saw at the greengrocers.  If we tend to take the generic descriptions of tropical fruit for granted it might be a consequence of having so few choices when it comes to varieties of tropical fruit that are available in supermarkets and Mom and Pop grocery stores.  It turns out that there are often dozens and even hundreds of varieties of some tropical fruits. 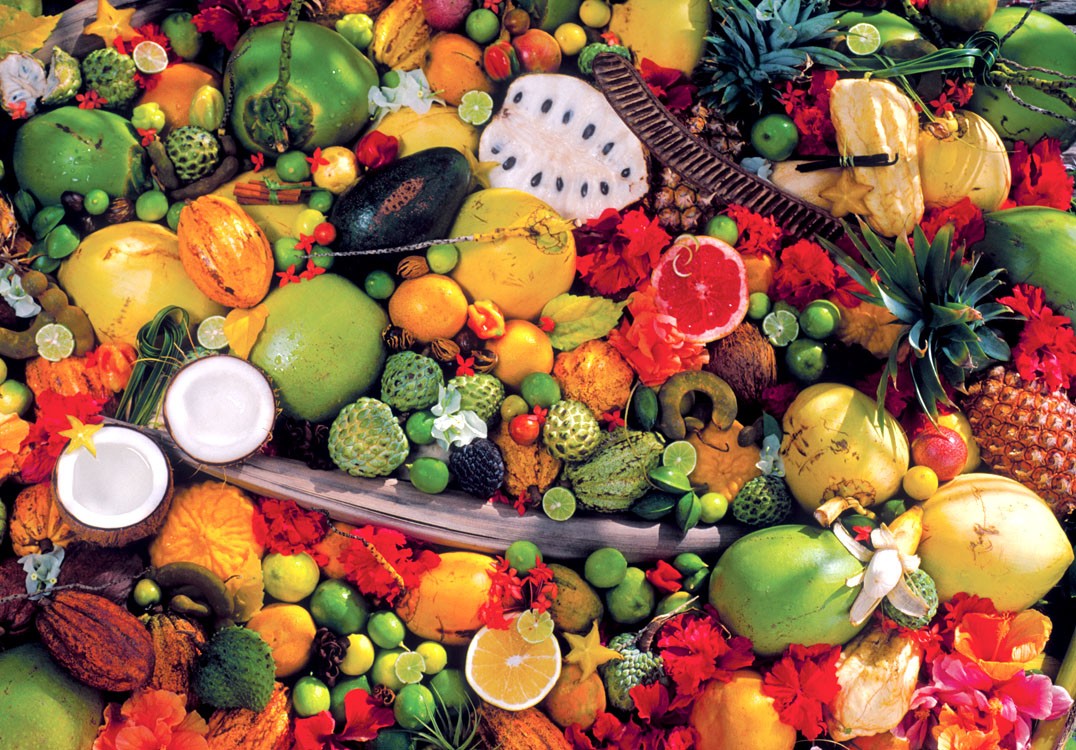 Although most of us homebound citizens may never see a banana variety other than Cavendish or Bluefields, there are more than a hundred other banana varieties that can be found in nature.  A unique banana orchard at the Waimanalo Experimental Farm of the University of Hawaii has those 100 varieties proudly growing side-by-side for all visitors to see.

Pineapples are so common at breakfast tables and on display racks in buffet restaurants that we may not realize that some varieties of pineapples are so unappealing that they are not sold in markets. When asked about their taste preferences, many Japanese tourists to the Hawaiian Islands say that Hawaiian pineapples are too sour; and that they prefer the sweeter varieties that are grown in Taiwan or Guam.  Nonetheless, major producers like Dole and Del Monte have invested much time and talent into growing and marketing pineapples in several countries around the world to meet the taste expectations of the locals.  Both Dole and Del Monte also maintain display nurseries where they exhibit dozens of varieties of pineapples from which genetic material may be taken to improve the characteristics of the fruit, such as size, color, taste, sugar content, resistance to disease, etc.

Much the same can be said about genetic considerations of other fruits.  These days we have crosses of peaches, apricots, plums, and others.  Seedless grapes are so common that it may be fair to say that the younger generation may not be aware that developing seedless characteristics in fruits has been an ongoing quest for many decades.  When we were growing up the only seedless grape was the Thompson Seedless and it enjoyed wide favor across the country for decades.

Luther Burbank was a noted geneticist who skillfully and successfully grafted dozens of varieties of fruits of the same botanical family unto the same tree.  He was so famous in California that he had a city named after him.  Grafting and gene splicing are only two of the methods regularly used to create varieties of fruit that eventually become so popular that they sometimes supplant some old-line fruit staples that we might have taken for granted.  For example, the Red Delicious Apple may have been around for a couple of hundred years, but in my pusser opinion, it ranks low in taste qualities.  In recent years the relatively newer Fuji and Gala apple variety are far superior in taste and visual appeal.

This chronicle entry is only my personal opinion, but it is an opinion that goes beyond a simple agree or disagree response.  One recalled anecdote comes to mind to make my point.  A friend invited me over for lunch one day and as he went about preparing things, he asked me if I wanted to snack on an apple.  When I asked what kind of apple it was, he responded: “what difference does it make, an apple is an apple.”  It was a perfect opportunity to make the kind of distinction that Footloose Forester waits for.  My response went something like this, “one apple is just not like any other apple: there are Baldwins, Winesaps, McIntosh, Granny Smiths, Fujis, and Galas.  Among others.  Because it was a Red Delicious, I declined.

Having the opportunities and the privilege to snack on tropical fruit daily when he was a student at the University of Hawaii, the Footloose Forester did not take it for granted how blessed he was.  Lunchtime often consisted of various fruits, found on nearby shrubs or in often-visited trees.  They included, among other fruits in season: mango, sweetsop, soursop, custard apple, Eugenia, breadfruit, jackfruit, malphigia, avocado, longan, white sapote, rambutan, guava, starfruit, and the occasional wild banana. The University of Hawaii campus also had dozens of planted fruits from around the tropical world. Footloose Forester knew some of them, and some of them he had to read about before incorporating them into his diet. In the main, he regularly dieted on acerola cherry, Surinam cherry, Jerusalem thorn, loquats, kumquats, passion fruit, and pink guavas.  His favorite, however, was fruit from the Pieri mango. Fond memories!

Are You Bragging or Complaining?
Mantras That Endure