The flashes of memory that have heretofore been confined to the Chronicles of a Footloose Forester are getting pretty hard to handle as potentially interesting stories.  This one is quite tentative because the Footloose Forester wants to make it clear that he is not religious, not pious, not devout, and; as an unworthy servant, unwilling to be a role model to anyone.  His chronicles are more about memories that he wishes to share.  Let other people decide about their merits and implicit life lessons.

As a practicing Catholic who grew up being receptive to the teachings of Jesus of Nazareth, he decided that leading a purpose-driven life was a worthwhile way to live and Jesus set an example of sacrifices worth remembering.  The Footloose Forester decided early on that he would strive to make an effort in things that he undertook and not to give up without a fight.  Getting to church from the backwoods ridge camp of Whiskey Creek Brush Camp in Idaho presented all the challenges he could handle.  The nearest Catholic Church was 60 miles away, in Grangeville.

Having both Saturdays and Sundays free from the job, the Footloose Forester tried to make it to church by Sunday morning by packing his duffel back with a blanket and a change of clothes and setting off on Friday nights after work and after dinner in the cookhouse at Whiskey Creek.  Sometimes he got a ride with a logging truck as far as the main road (a graveled road identified as Idaho State Route 14) and sometimes he walked to the main road and then hitchhiked into Grangeville.  And sometimes he didn’t make it and had to sleep along the side of the road when nighttime approached.  In retrospect, going 60 miles without the prospect of reliable auto transport may have been unthinkable, but in those days nearly everything was an adventure and a challenge for a Footloose Forester who firmly believed the old adage, “nothing ventured, nothing gained.”

At no time did the Footloose Forester dispel the idea of not trying to get to church, but often bemoaned the uncertainty of always succeeding.  Another adage worked its way into his psyche, “if you try you may fail, but if you don’t try, failure is guaranteed.”   And there was nobody who tried to stop him or disparage his efforts.

The culmination of the church-going summer of adventure came after the parish priest in Grangeville announced, one Sunday, that as a Circuit Rider padre, he would be taking Mass on the road to Elk City the following week and to journey further to Dixie the following week.  Elk City (present population 202) was only about eight miles down the ridge from Whiskey Creek, and a short trip that was practically next door when it came to contemplating the plan to attend. 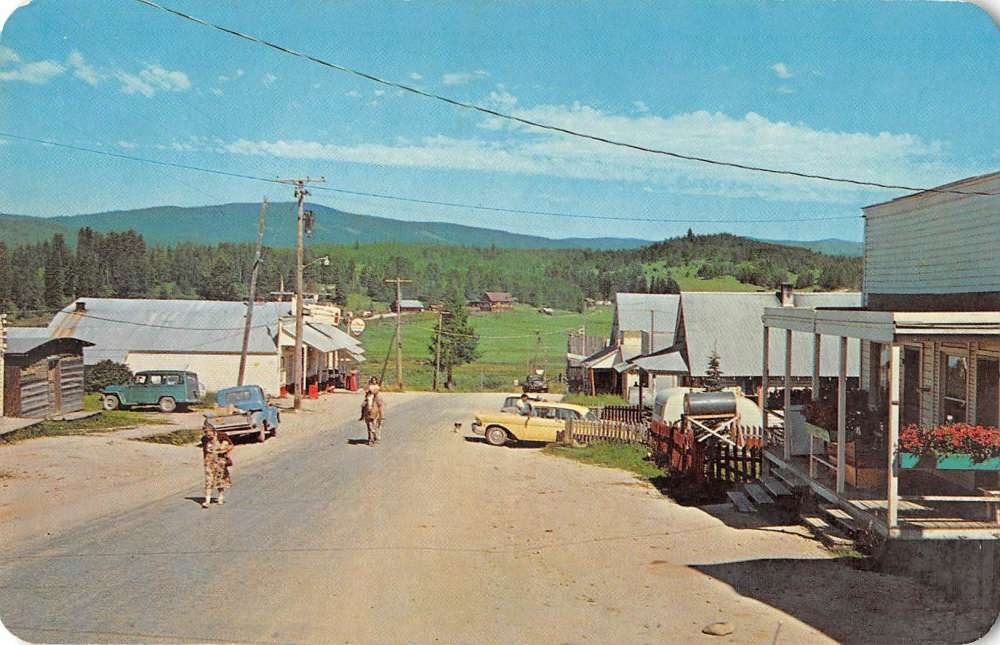 Old Dance Hall is the last big building on the right

When Padre Circuit Rider showed up the following Sunday, he offered to hold confession before Mass in the old and abandoned dance hall that was part of the glory days of Elk City.  The unpainted and unmaintained building had no furniture except for a few wooden back chairs, one of which the priest sat on as he turned his back during confessions and while sitting on the elevated stage where shows were once held.  The Footloose Forester was, of course, duty-bound to make his confession.  Such are the flashes of reverie that remain in his memory.  The Mass itself was held on the dance floor, with only the Footloose Forester and a few cowboys in attendance.

Students are Always Looking for Dissertation writi...
How You Should Care for Someone with Lewy Body Dem...

Please note an updated masthead. The uppermost one is the one I prefer, but changing the mastheads by editing in not straight-forward. Join me in learning by doing!

Please note an updated masthead. The uppermost one is the one I prefer, but changing the mastheads by editing in not straight-forward. Join me in learning by doing!
Cancel Update Comment
Follow