One vivid memory that never got a good jump start into a tasty chronicle took place in the Aberdares Region of Kenya over 25 years ago.  The long interim has more to do with forgetting the name of that place on that high-altitude road and even the correct spelling of the minor National Park that is in the general vicinity of the more famous Aberdare National Park.  The region is so enchanting that it deserves a third-party endorsement, as follows;

Aberdare is a diverse eclectic collection of African ecosystems.  The valleys are traversed by streams and rivers and backdropped with the Aberdare Mountain Range.  The range features summits that reach heights of 13,000 feet (4,000 m).

The streams and rivers coming out of the mountains into the valley give way to waterfalls.  The temperate grasslands neighbor up to bamboo forests as well as rich diverse rainforests. The forested ravines deliver some of the best waterfalls.  These varied habitats serve as the perfect home of an abundance of varied wildlife.

Aberdare is a wildlife haven.  The predator species travelers can hope to see include lion, leopard, African wild dog, hyena, jackal, and the African golden cat.  Some of the other popular species include eland, bushbuck, buffalo, reedbuck, giant forest hog, warthog, and the endangered black rhinoceros.

Birdwatchers will also find this to be a paradise.  There are over 250 species of birds including the majestic African fish eagle, the African goshawk, and many others.  Nighttime animal viewing is available through the Treetops and The Ark, which have lighted watering holes.

The Footloose Forester is somewhat of a sticker for getting the facts straight, thus has been stymied with not being able to provide enough credible input to even make this story believable.  It goes without saying that the Aberdares Region is enchanting.  But, for what it is worth at this stage, here is what he remembers:

Our next-door neighbors and friends in Nairobi, John and Angie Lord, invited us to join them on a camping trip to a seldom visited region in SW Kenya, many miles outside of Nairobi.  Theirs was an adventurous family and they always took all of their four kids along.  They even invited a retiring USAID colleague who stopped in to visit them on his way back to the United States to a life of retirement.  George had known John and Angie Lord in another post somewhere, but we never found out where. The Bengal Tiger and daughter Lucy traveled in our own sporty 4x4 Mitsubishi Montero and we followed John in his Mitsubishi Pajero 4x4 SUV, all the way.

John had plans to camp in more than one place, and we did.  Although there were plenty of other stories along the way, the most memorable one took place as we were descending along a twisting dirt road about half-way down from a mountain crest at over 11,000 feet of elevation. 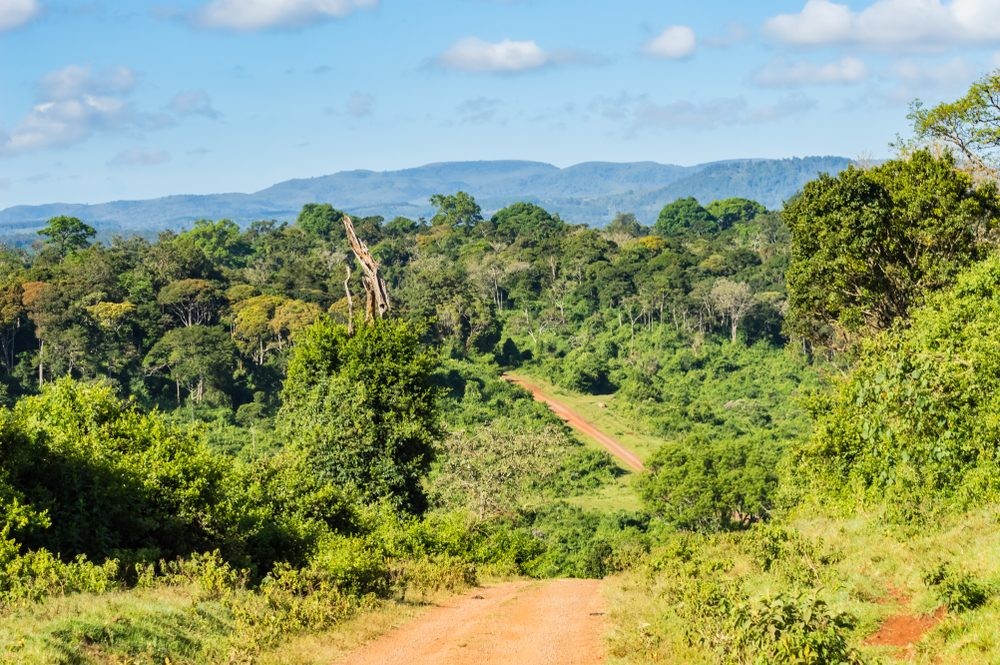 We had gone through a thorn forest while we were still on the upper plateau and not unexpectedly, one of the long thorns on the road penetrated John’s left rear tire.  The Bengal Tiger and the Footloose Forester stopped behind them and offered to help change the tire but George wanted to take charge of the operation.  We watched as he quickly exchanged tires and just as quicky fastened the wheel lugs and tightened them up.  John and Angie offered to help but eventually stayed with the kids.

Less than two miles further on and descending down the mountain road through a series of switchbacks, we rounded a sharp bend above a grassy plain that signaled that we had finally reached level land.  Suddenly, the left-rear wheel of John’s 4x4 flew off in the bend and bounced forward in a gyroscopic straight line--directly into the 7-feet tall grass savanna plain. The Footloose Forester saw it going and immediately jumped out to draw a bead on its path. When the wheel lost its speed, it turned and flopped down in the tall grass. We all stood there for a few moments contemplating the fact that John had just lost not just a tire, but the left-rear wheel; and his spare tire was now flat. 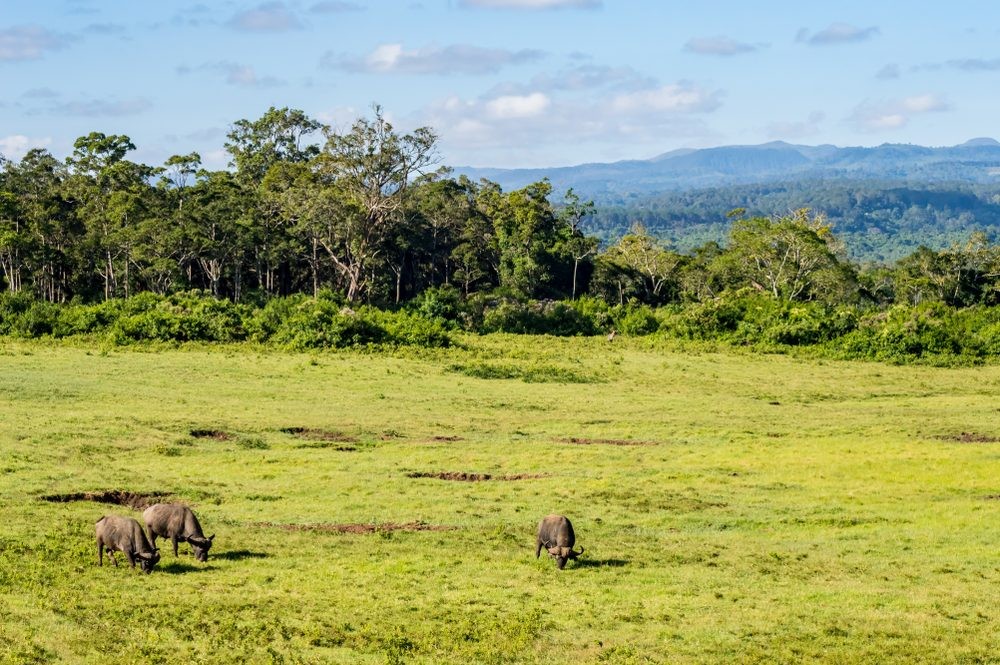 The Footloose Forester knew what had to be done.  He reassured them that he had eyeballed the path of the wheel through the tall grass savanna from above, and would go and retrieve it.  Call it previous experience with running compass lines, but… but it was the only thing to do.  He never took his eyes off the path he had chosen, despite the grass closing in and hiding the track of the wheel.  He walked that line until he retrieved the wheel.  In the meantime, the adults hushed the talk about the possibility of lions in the area. Worry does not get the job done.