Don't Believe Everything You Read

Don’t Believe Everything You Read, Even in the Dictionary

On the general theme of words matter, today’s chronicle is a short essay on why readers should not rely on everything they read as being true, or accurate.  On the one hand, fake news does indeed abound these days. The presumptive Father of Fake News was, and still is, responsible for fabricating more fake news than any other individual alive.  By virtue of his bully pulpit and access to various media sources, his willful and knowing dissemination of lies, false narratives, and self-serving comments have been cemented in newspaper articles, official records, books and testimonials for all eternity.  It is totally unnecessary to name that individual because anyone who reads and keeps up with news is fully aware of the deceitful web on falsehoods he has spun during his lifetime.

On the other hand, memes, quoted poetry, and presumed wisdom of the ancients does not always ring true.  A good deal of profound wisdom does emanate from respected luminaries of the past but it would be a mistake to accept everything without question.  One size does not fit all, never has, and never will.

No, this reflective and simple chronicle is a reinforcement of the notion that we should not take as gospel each and everything we read, even in such presumptively flawless research sources such as dictionaries.  The Dictionary is not a monolithic entity devoid of errors, ambiguities, or contradictions. Thousands of new words are added to dictionaries on a regular basis; and untold numbers of archaic words are likewise removed or purposefully omitted.  Along the way, many words are distorted into meanings that stray far from their original identities. Dictionaries are great and respected references, but they are not perfect.  Take for example, the simple four-letter word “silt.”

In one dictionary definition (specific reference yet undocumented) the word silt is a noun.

Fine sand, clay, or other material carried by running water and deposited as a sediment, especially in a channel or harbor.

Examples of Silt in a sentence

"There was mostly silt and a few rocks at the bottom of the pond."

"Chris has a special attachment for his pool vacuum to pick up silt so fine it would otherwise clog the machine."

To a soil scientist, the particles being described are either sand, or silt, or clay as individual soil bodies—not all three in one word.  Sand particles are larger than silt particles and clay particles are smaller than silts.  By the way, saying silts in the plural is acceptable because not all silts have the same origins and properties. 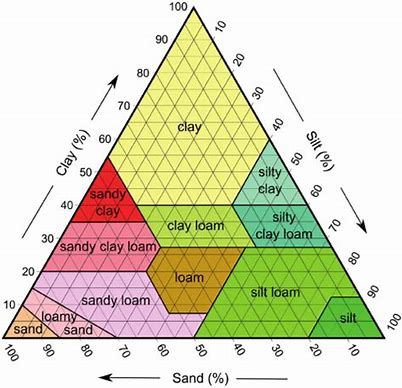 Merely pointing out the dictionary ambiguity regarding the word silt should open our minds to the need to question everything, regardless of the subject matter.  Euripides long ago advised us to do so. If there is no damage done, it would be of no consequence to check.  At the outset of this little essay, the iconoclastic Footloose Forester was intending to use a comparison about the imprecise use of words to describe things in everyday life.

Instead of “sand”, substitute the word “subcompact automobile”

Instead of “silt”, substitute the word “motorcycle”

Instead of “clay”, substitute the word “bicycle"

The Footloose Forester is more than a little disturbed about the dictionary definition of silt because he thinks that the multiple characteristics and working properties of silt are as important to know as correctly identifying and defining the person known as Abraham Lincoln.