Anyone who has spent time in military service has rich, if unorganized mental files of their time in uniform.  Truth be known, those whose one or two-term enlistments are just as likely to regale their audience with tales of their exploits as the career military veterans who have sifted and filtered out much of the irrelevant and put into deep reserve stories about the ugliness and horrors of war.  One-enlistment veterans are also more likely to wave the flag and flash the souvenirs of their fleeting experiences, especially if their service was during peacetime and they did not suffer physical wounds like bullet holes, shrapnel maiming, or third-degree burns.  Grizzled combat veterans also suffer mental anguish that often stays with them for a lifetime.  They do not speak often about the ugliness they have seen, and too often they cannot make sense of it in a fitting way that can be related meaningfully to others.

If there were such a thing as a legitimate stereotype relating to the propensity of soldiers and sailors to tell tall tales about their military service, the likeliest suspects to jabber on and on are the young ones who perhaps unconsciously know that they must make the most out of their limited exploits, in order to gain the respect of fellow citizens who honor the uniform with awe and the wearers of those uniforms with the respect that sometimes is not deserved.

Sadly, the Footloose Forester has known too many sad-sack soldiers who acted disgracefully on a regular basis and relied on their uniforms to assuage some of the guilt.  Honor did not come with the uniform, honor accrues to those who are honorable, in or out of that uniform. 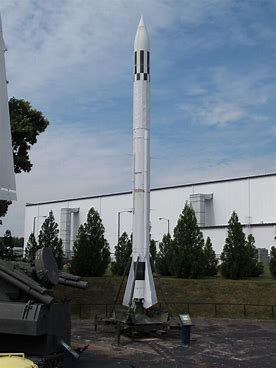 This little chronicle is building up to a tale or two about a couple of bad boys who happened to be enlisted soldiers. Since it would be unfair to speculate beyond what the Footloose Forester has personally seen and heard, he is ready to segue into the rather unimportant summary court-martial of one Private Peter Pigsten (fictitious name).  We all knew that he was a bad boy who did not mind telling you about his short stints in the brig, or busted with an Article-15 finding of non-judicial punishment that usually involved forfeiture of pay and extra duty assignments.  Pigsten was proud of the times he got away with some stuff, and was delighted to tell you about how clever he and his pal Willy were.  Many people surmised that more serious infractions were on the horizon for both of them.  A summary court-martial was the next step up to their perdition.

Three levels of courts-martial are in use in the military justice systems of the uniformed services:  Summary Court-Martial, for minor offenses beyond Article-15 forms of non-judicial punishment; Special Court-Martial for more serious offenses that may or may not be criminal in nature; and General Court-Martial for the most serious of crimes and offenses.  In the first instance, the accused is entitled to representation in their defense, and is opposed by a prosecutor.  Commissioned officers from the accused own military unit are selected or appointed to fill the roles in prosecution and defense.  In the latter cases, officers and legal experts from the Judge Advocate Generals Corps are assigned.  It makes a big difference in terms of preparations and legal acuity.  Private Pigsten was going to be prosecuted by the section leader of the Footloose Forester and defended by a lowly 2nd Lieutenant in his own work unit. Our prosecutor, Lieutenant Nick, was a lot smarter than acting defense attorney Lieutenant Barnaby but Nick didn’t have any witnesses who could have provided the information that would nail Pigsten.  The Footloose Forester attended the Court-Martial as an observer, but was not called on to testify about what he knew.

Pigsten was found Not Guilty of tipping over the full-size mock-up steel warhead of an actual Corporal Ballistic Missile that adorned the entrance to our Fliegerhorst Kaserne barracks building.  Although he bragged that he had done it twice before after coming back drunk, he was brash enough to tell his buddies how he got away with it.  He absolutely gloated with undeserved vindication after he was found not guilty at his Court-Martial.

Lieutenant Nick made a weak case that Pigsten was a known bad boy who reportedly tipped over the warhead in the past, and did so in this case.  Defense representative Lieutenant Barnaby simply stated that acting alone, Pigsten was not strong enough to push the warhead over and could not physically do it.  Poor Pigsten, who later went on a drunken binge and stole a tank to drive through the streets of Hanau, Germany told the Footloose Forester that he merely used his feet and braced himself against the building.  So much for building a case that was so easy to win.