Joe Pellek was the first one to note that the bathroom in our hotel room in Genoa was all marble tile; the walls, the floor, and the quaint bathtub.  Even the floor in the bedroom was marble tile.  Looking out the window toward the harbor, we wondered if the stone dock we were seeing just 50 meters away was the one from which Christopher Columbus departed in the 1490s to visit Queen Isabella before his historic voyage.

As always, the memory of sunshine not only makes the moments sharper, the sunshine makes the memories possible. There was plenty of sunshine in Italy, and Joe and Footloose Forester squinted and sang as they drove south toward Rome, via the city of Pisa.  Along the way we did what the locals did, we went into little mom-and-pop grocery stores to get the fixings for lunches; cheese, and deli meats, to put into fresh Italian loaves.  That was the same thing we did growing up in Netcong, New Jersey where the local Italian bakery on College Road always had fresh bread. The stop in Pisa was for only a few hours but long enough to climb the Leaning Tower.  A few years later the Leaning Tower was closed to the public and would remain closed for a decade or more.  We thought of Galileo as we pretended to drop stones from the top.

If the main attraction in Italy was always Rome, the eternal city, then the main objective for Joe was always attending mass at St. Peters Basilica.  Joe was very satisfied with that outcome.  Footloose Forester rather enjoyed the part after Mass, when we climbed up into the cupola.  The final ascent, after the winding steps into the top of the dome, was by pulling yourself up with the aid of a stout rope.  Definitely not for everyone, but there it was. We were young and limber, so up the rope, we went. The payoff was gaining access to the outside, to see both inside and outside of the famous cupola designed by Michelangelo in the 1550s.  Again, we were lucky to do something that the authorities no longer allow the public to do.  Later, Joe led the way into the catacombs and assumed the role of tour guide.  He knew the history, with a slant he remembered from the book, “Magnificent Obsession.”  He also attracted a small following as he explained how Michelangelo spent years on his back when he was painting the ceiling of the Sistine Chapel in the Vatican Museum. 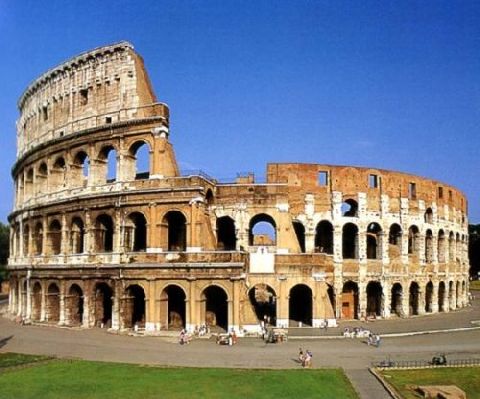 Oh, yes there was also the compulsory visit to the Coliseum in downtown Rome; and other attractions one finds in tourist brochures.  We stayed in the YMCA at the princely sum of $10 per day, and later in a pensione, where they saved your personal wine bottle from day-to-day.

On another trip to Italy while he was on military TDY duty to Bavaria, Footloose Forester traveled by train into Venice, in the company of other soldiers on a weekend pass.  We were all under the influence most of the waking hours, so he doesn’t remember much except the fact that, in Venice, he was quite tall compared to native Venetians.  It was the only time in his life that he looked over the heads of everyone in a local grocery store, except for fellow soldier Mike Abrahamson who stood 6 feet 3 inches tall.

I was a Tom Boy When I was a Little Girl