Trinidad is probably carved out of South America.  If you look closely at a map of Venezuela, you will see how closely the coastline adjacent to Trinidad suggests that Trinidad once fit neatly into the rugged notch of mainland South America. Not hard to accept, if one accepts that earth and its continents broke away from a land mass called Gondwanaland.  One curious thing about Trinidad, however, is that trade, transportation and cultural relationships with Canada are more in evidence than overall relationships with Venezuela, its nearest neighbor. That says something about the power or language and history. English speaking Trinidadians have more in common with Canada than they do with Spanish speaking Venezuelans. You can get on a plane to Toronto or Montreal every day from Port-of-Spain, but not to Caracas.

Trinidad haunts the memories of the Footloose Forester  because that is where he chose to do his field research for a Master’s Degree in Forestry, and to launch a too-short career in tropical forestry.  Man proposes but God disposes. The Footloose Forester was hoping to put in about 50 years as a tropical forester, because he decided that it was within the realm of practical possibility, and besides, why not make plans for the future.  When it comes down to realities, however, the Footloose Forester was footloose in many other unexpected places, as he played the cards that were dealt to him.  A complaint?  No, more like a lament.

He eventually earned the credentials that some professionals thought were appropriate for a career in the tropics, but he also had to obtain the blessings of those who, sometimes sight unseen, decided who they wanted and when they wanted them.  Thus, a consultant is sometimes that person who was unemployed after his last job; and will again be unemployed after the present job is over. 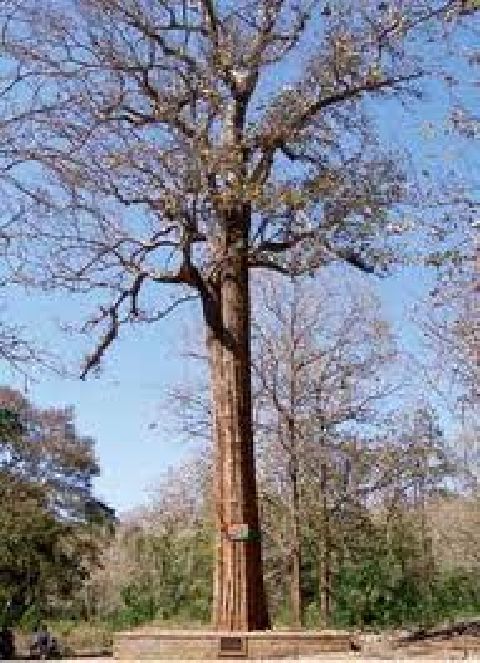 A mature teak tree - the sub-tropical teak is decidious

Nobody is Trinidad will praise the findings that Footloose Forester wrote up during the course of his research.  For decades, the Trinidadians boasted that their teak plantations were better, or the equal of, the best teak found in Burma, from which they imported selected seed in 1898.  Instead of finding Quality Class I teak, as they thought they had, the Footloose Forester listed it as between Class II and Class III in quality, based upon height at age 30.  Unforgivable!  So it was no wonder that Footloose Forester assumed that he would always be persona non grata in Trinidad.   As a matter of personal opinion, the Footloose Forester believed that he was also persona non grata in other places, as well, when his views clashed with the findings of others. Such is the price of playing the game of putting your opinion on the line. Footloose Forester was never one to back down, and has definitely been the bur under the saddle of many a bureaucrat over the years.  He is too stubborn to be a back slapper and now is too old to change his ways.  But this chronicles series is not about regrets and misgivings; it is merely an attempt to capture some of the memories that come in the night, or during a conversation that produces reminders about other places, and other times.

Like the discussions about exotic birds....   One of the regional forest officers who was tasked with protecting the natural resources of Trinidad was also one of the biggest dealers in exotic birds.  Black market birds, that is.  He told Footloose Forester that he could get him anything he wanted, from his district, of course.  He wasn't at liberty to steal the national treasures from other districts and cut into the action of other corrupt forest officers.

About 49% of the population of Trinidad comes from East Indian stock; and about 50% are black. Thus, there are several restaurants where Indian-style food is served in Port-of-Spain, the capital. The Footloose Forester was hoping to enjoy chapattis with his meals when he was in town; and perhaps carry out a dozen or so, to tuck into his travel bag and then consume them one at a time as field snacks when he went to the woods.  Alas, the East Indians he talked to said that most of them had been in Trinidad for so many decades that they had lost the skills at making chapattis; and that none were to be found in either restaurants or in grocery stores.