One aspect of being a contractor in service to US Government agencies was the overall accommodation we were given to housing, the use of post exchanges and government-operated transportation, and other services.  That is not to say that we always got to stay in government-owned houses or apartments, or to use post exchanges (PX) in every country.  The circumstances were worked out on an individual country basis by the US Embassy and the agencies, themselves.

Sometimes contractors had housing provided and the use of post exchanges, and sometimes not.  But using government-supplied transportation almost always was a part of the contract to get the job done.  The Footloose Forester enjoyed the privileges that were extended to him, but never took their availability for granted.  Each contract was different and each country had different services and accommodations as part of their compensation and/or human services packages that were available to contracted employees on both short and long-term contracts.

In Viet Nam, a small army of civilian contractors provided construction and maintenance services to all the military branches throughout the Viet Nam War.  There were several large and a few small companies that supplied the skills in construction, energy installation, custodial services, waste disposal, and other essential support services; so that the fighting of the war could be left to uniformed members of the armed services.

One large consortium of construction companies known as RMK-BRJ had over 20,000 civilian employees. They recruited workers primarily from Korea and the Philippines but also had a few thousand from the United States, the country that held the master contract.  The largest of them was a consortium of companies: Raymond, Morrison, Knudson, Brown-Root, and Jones.  It was cobbled together as one single contractor because individually they did not have the depth it took to accomplish the perceived mission.  The Footloose Forester worked briefly with RMK-BRK in their training division where he was responsible for developing an on-the-job surveying manual, and later on was given the assignment to open a driver training school at a quarry worksite, in addition to building classrooms for teaching job-related English to several hundred workers.  He subsequently sought out another employer when the Training Division of RMK-BRJ was dissolved.  The Footloose Forester moved over to Pacific Architects and Engineers for the remainder of his nearly 3 years in Viet Nam as a civilian contractor.  There he started out with the title Special Projects Engineer.  Hah!  Eventually, he was pegged as a Land Management Agronomist.

The point of the long introduction about civilian companies and their links to all the military branches during the Viet Nam War is ultimately useful in understanding how and why the Footloose Forester got to fly in hundreds of US Air Force cargo planes, Army and Marine helicopters, and even a few CIA-operated single-engine aircraft destined for forward area firebases with short, rudimentary airstrips.   Indeed, he was required to show his travel orders to justify getting on any aircraft, but the Army Contracting Officer accommodated him with blanket travel orders that permitted him to travel to any section of the country and in any available means of transportation. 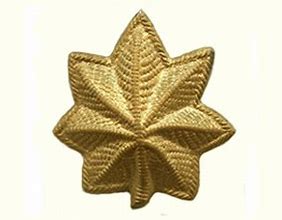 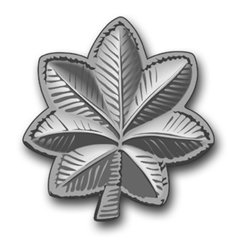 Staying upcountry or down country for extended periods also meant sleeping over on-base, so to speak, on many occasions and taking meals with the troops.  We foreigners such as Americans, Koreans, and Filipinos were included in a system utilizing the use of military script, a substitute currency, to use on such occasions, as needed.  Sometimes we were asked to pay for meals with script, and sometimes nobody asked for anything. One final accommodation was included in the credentials and persona of the traveling contractor in the person of the Footloose Forester who was often seeking a place to stay on base.  We quasi-VIP contractors were given a typed business card authorizing lodging according to designated rank.  The card carried by the Footloose Forester said he was an equivalent Major-Colonel.  Hah!  That was always amusing and just the kind of institutional shibboleth that made him a life-long iconoclast.  His friend Dr. Peter Nakamura who was the Peace Corps doctor in Pakistan in later years, would probably scoff in agreement with the contrived credentials.  Pete Nakamura once mentioned that he was a PFC (Private First Class) in the Army before he went to medical school, but when he became a Peace Corps Doctor, the National Health Service elevated him to the rank of Major.