In recent years the branch of agricultural science known as agroforestry has become more popular around the world. The appeal of agroforestry is more pronounced in Third World countries where family farms and subsistence agriculture are more prevalent and where family farms are more likely to grow and consume most of their own crops on their own lands of modest size.  Keeping a farm going depends on more than growing crops, the land is expected to supply a modicum of fruits, berries, firewood, and construction wood.  The essence of subsistence factors implicitly includes those other things that complement farm production beyond vegetable and grain crops.

The average farm that practices agroforestry can expect to put emphasis on fast-growing trees to be used for posts and poles, fruit trees such as mango, citrus, banana, etc. and annual fruits like strawberries, melons, and the like.  Depending on the climate and soil capability, the appearance of subsistence farms will vary from country to country but those with agroforestry sub-systems will have a more diverse production base that includes a least a few perennial crops like trees and bushes that are planted for specific purposes to support the family farming operation.

This chronicle has the construction and application of an A-frame as the main subject matter, and the decision to write about it came in a dream, much like many other chronicles that derived from dreams.  The tie-in with agroforestry has to do with the fact that many, many subsistence farms in the Third World are found in steeply sloping land that may have been disregarded by well-to-do farmers who may have had the means to farm on more gentle slopes or level land. Many subsistence farmers are too poor to opt for better land and find themselves on steep, rocky slopes that most people might consider as undesirable as agricultural land.  Indeed, very often they occupy the land as squatters, without any legal title to the land they farm. And that is where the A-frame comes into play. 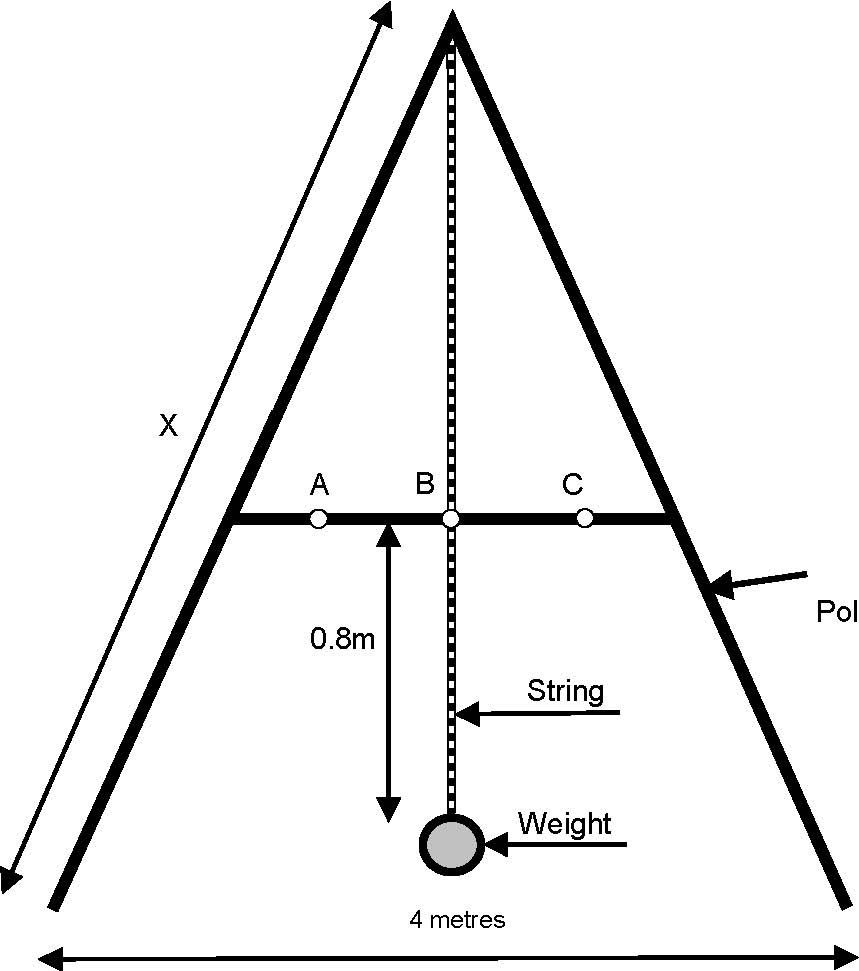 The A-frame is a simple device, usually crafted from wood, a piece of string, and a handy rock.  It is nevertheless, a simple scientific device intended to determine and trace the absolute level contour on a hillside where the farmer wishes to install terraces for growing crops or trees, and where the prospects for mitigating erosion are maximized. With or without title to the land, subsistence farmers can improve on growing conditions by using an A-frame to rationalize the alignment of their crops and thus improve the distribution of water while mitigating erosion. 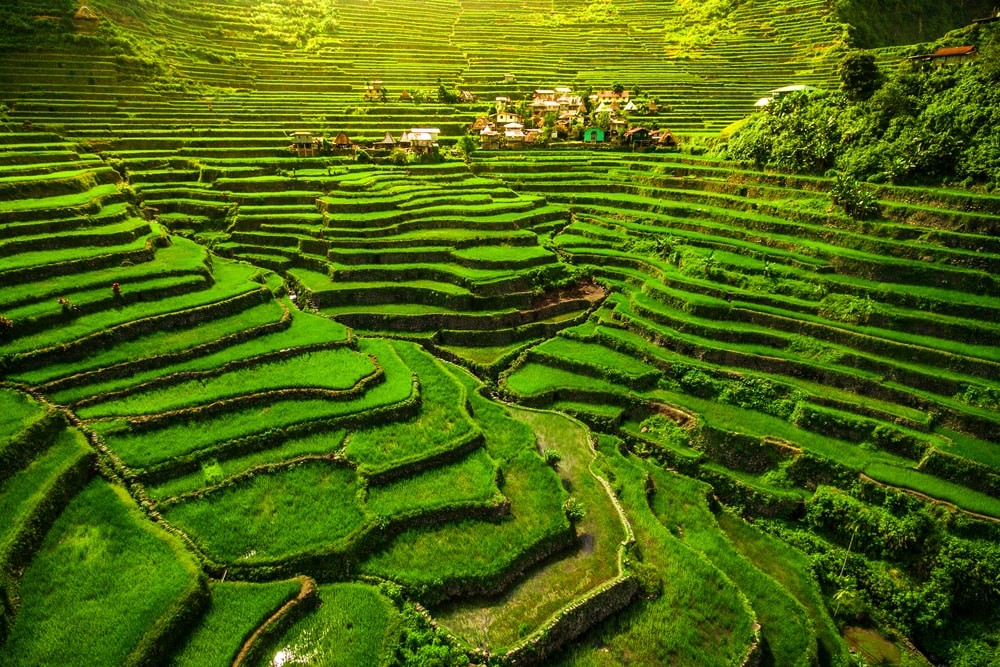 When level terraces are installed properly, they can support hillside agriculture indefinitely while supplying the apportioned gravitational water for other terraces that require additional soil moisture, especially in times of drought.  To anyone who doubts that such an idea is important, the Footloose Forester invites them to search out photographs of the rice terraces of Asia, some of which are thousands of years old.  When you stop to think about it, those terraces were installed by other subsistence farmers, centuries and millennia ago. To this day, the terraces minimize erosion on the slopes, mobilize and distribute the gravitational flow of rainwater, and preserve the inherent soil fertility by keeping organic wastes in place.  Ancient terraces were labor-intensive to build, but all of them started with the idea that land and soil could be retained best by centering their production on level terraces and where precious water could be diverted and distributed more or less equally to all the terraces.

The Footloose Forester first saw A-frames being constructed and used for initial terrace construction in Haiti during the 1990s.  At the time there was a campaign led by the NGO Pan American Development Foundation to boost terrace construction. Haiti was an ideal place to promote the construction and use of A-frames because of the large numbers of subsistence farmers who were relegated to steep terrain.  Despite what other demands have subsequently been placed on the land base, there has been a dramatic increase in the number of terraces that serve multiple roles, agroforestry ventures among them.  And it was the memory of that NGO campaign and the changing appearance of the hillsides in many places that worked its way into a dream about A-frames.  True, it was over thirty years later, but the Footloose Forester finally decided, in the year 2020, to make his own A-frame to put his own hand to an idea that is beyond being theoretical.  His seasoned 12-foot section of bamboo was easy to split and shape to length. A couple of holes drilled with a hand drill for placement of the fasteners, a length of string, and a suspended weight to mark the vertical line of plumb…and he was ready to head for the hills and mark contour lines in the mandatory field-testing stage. Life stays interesting when you can live out your dreams, however mundane they may be.

Sometimes Riding Is Nice, Sometimes Not