Many vivid memories are about the first time that the Footloose Forester met a wild or dangerous animal, face to face. Early memories are about small animals caught in traps. Brother Ronnie Pellek was a trapper for a few years in his early adolescence, and a much younger companion who was interested in the outdoors and would years later become the Footloose Forester went with him to help trap muskrats, possum, skunks and anything else that got caught in the strategically placed traps. Muskrats and beavers were the favored pelts, but except for a muskrat or two, most of the trapped animals were possums, and too many skunks. Brother Ronnie never got a beaver, so we had to be content watching the beaver who made his home just below the outlet of Lake Musconetcong. That rock lined river bed was also the recognized beginning point of the Musconetcong River that eventually spilled into Delaware Bay.

That was the first time seeing a beaver up close. The beaver’s chosen habitat was magical, for other reasons, as well. It was the first time, and the only time, that the Footloose Forester ever saw an Arctic Puffin. The meeting was brief but the Footloose Forester was able to get up close before the puffin flew south in the vicinity of Furnace Pond. Only an hour or two later an excited young boy was in the local library looking up pictures of birds and thus was able to put a name to the colorful bird with the heavy bill.

One final memory of that magical pool of water that so attracted a young boy who learned not to take too many things for granted: Just above the deeper pool where the beaver made his lodge, the 10 year-old, then the 11 year-old fisherman caught dozens and dozens of sun fish, bluegills, a few perch, bass and pickerel; and the first and only northern pike he ever caught in his home waters. He never expected to see a pike in the waters of the Musconetcong, but the experience taught him to keep an open mind about the possibilities.

Snake stories are particularly riveting. Most of them were harmless and the Footloose Forester shamefully killed most of them that he could. A few of the encounters stand out. The first copperhead was in the waste area known as the sandpit. It escaped into a hole but from that day on, we young adventurers knew that the sandpit was copperhead habitat. Years later, the Footloose Forester saw a dead copperhead only a hundred yards from where he saw the first one, confirming the habitat theory.

By the way, the sandpit was, in the parlance of geologists, known as a kame. A kame is a buried deposit of sand that accreted from the eddies of rivers or along the edges of moving glaciers. In this case, the glacier was the Wisconsin Glacier and its telltale presence in Northern New Jersey was well-represented in many terrain features such as glacial scouring on rocks, isolated boulders known as glacial erratics, shaped rock formations known as rock drumlins; and kames. The latter subterranean features were commercial sources of sand and gravel. The Lakeland Area of Northern New Jersey was strewn with such glacial features that most people took for granted. It was not until the Footloose Forester took a geology course at Rutgers did he come to realize that his home on Church Street looked out on a large field of glacial erratics, and the town itself was situated just north of the terminal moraine of the Wisconsin Glacier. That may help to explain why so many glacial features are extant in the Lakeland Area.

But back to snakes and snake stories. The first rattlesnake was in California, during the years that Footloose Forester was a recreation patrolman. It was not a proper meeting, as he had to chase it down a bank and corner it in a ditch before dispatching it and collecting its rattle for his anticipated new collection. The second rattlesnake was more accommodating by rattling and thus giving away his location behind the Footloose Forester’s back in the middle of a burned-over area.  He reared up magnificently and struck, but well out or range. The closest encounter with a rattlesnake was when the Footloose Forester was bounding down a steep hill early one morning in the Santa Cruz mountains. He tried to slow his momentum by landing on a logjam of branches between two steep banks. When he did, he landed directly on top of a sleeping rattlesnake. As he recalls, he instantly and actually jumped backward up the slope. Then he cut the head off the snake with the blade of the ax he had in his hands. It would be the first time he decapitated a poisonous snake poising to strike at him. 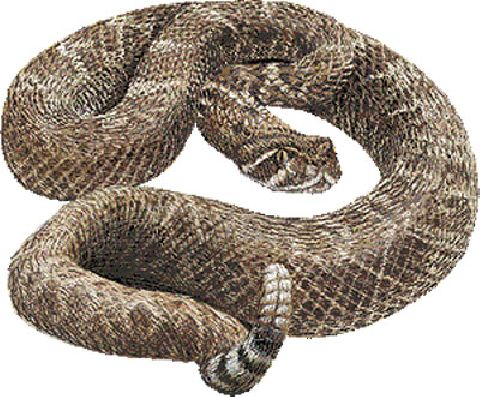 The second decapitation took place in the tropics.  A docile Bothriechis schelegii struck at him from its perch on a plantain leaf in a coastal forest in Costa Rica. The colorful “eyelash viper” was presumed to be shy and retiring but Footloose Forester cut him is half, in mid-air, with the machete he carried while in the jungle. The parry movement was unintended, just reactionary. It was the only other up-close encounter that Footloose Forester ever had with live poisonous snakes , but not the only encounters with snakes or with poisonous ones that were about to die.  Although he clearly remembers that event,  over the years scientists have changed the name from Bothrops schelegii to its present name, Bothriechis schelegii.

One snake that was about to die was at the time he first met a king cobra. The 10 foot long king cobra emerged from a wooded area on a sweeping bend in the road between Kuala Lumpur and Singapore. As he sat in the front seat of a service taxi, the Footloose Forester saw the cobra slither out from the left side of the road but then stop directly in the right lane in front of the taxi. As the taxi got nearer he reared up to full height and flared out his cobra hood. In a second or two the taxi was on top of him and smashed his head against the grill. We left the scene without stopping, but we knew he was a goner.

Truth be known, the Footloose Forester wasn’t overly fond of snakes but was willing to accept them as part of his job, since he chose to spend his working life in their habitats. An occasional snake here and there was expected, but dozens at a time, and even tens of thousands was something to remember. As a brash young boy he remembers killing a sizable family of garter snakes that emerged in the spring. They had a nest along a quiet stream bank, but in those days all snakes were considered as creatures to be hunted.  In later years, the sea snakes he encountered off the coast of Java did not, fortunately, pose a threat to him. As one of the most venomous of all snakes in the world, the sea snakes are not aggressive, but it is still haunting to see the migration of hundreds of thousands of snakes plowing through the murky water off the coast of Western Java. Yes, hundreds of thousands of them...an unbelievable sight.