Our family has a long tradition of learning how to drive from other family members and we all recall episodes of the lessons.  The Footloose Forester takes pride in teaching things, and teaching someone how to drive was always especially important because it is just as easy to learn good habits as it is learning bad habits.  With the number of truly bad drivers in the world, he was determined to do what he could to teach safety, driving skills, and even attitudes when it came to such an important issue.

Back in the days when he learned how to drive, there were no classes in driver education in our area, so it was either learn how to drive on the farm, or from a family member or close friend.  He learned on the farm, driving a pick-up truck at harvest time.  Except his driving was learned, not taught.  Let that sink in.  Things can be learned but when it comes to driving, it is much better to be taught the right way and from the start.

Later on, his father and older brothers taught him a few things, enough to be confident when it came to passing the driving tests to get a license at age 17.  But teaching is more important at the outset, since too much is at stake by learning something the hard way.  Yes, experience is a good teacher but having a good teacher can make for positive experiences and having no teacher may lead to regrettable experiences.  At one time decades ago, Belgium was the only country in Europe that did not require a driver’s license. Belgium also had the highest accident rate in Europe.

New and inexperienced drivers probably don’t dwell as much on the risks and hazards of driving as they do on the pleasurable aspects of getting behind the wheel to venture off to exciting places.  And they probably don’t think much about ranking their own skills at that stage.

When it comes to driving in snow and especially in icy conditions, driving skills are not equally shared by all licensed drivers, and winter accidents tend to bear that out.  Driving is traffic is a particular nightmare, or can be.  On the other hand, the skills required for driving in mountainous areas and on narrow, unpaved roads are not shared equally by everyone.  Learning may come eventually, but teaching a few basic skills goes a long way toward building confidence.  Mountain roads can be more challenging than meets the eye.

Years would pass before the Footloose Forester learned other things about driving in the mountains, on narrow roads, off-road driving, and the limits of the vehicles that are capable of operating where there are no serviceable roads. That included On the road...again experiences in Idaho, Montana, California, and elsewhere. And that is where the K-Turn comes in.

When you must turn around on a mountain road, a K-Turn is usually your best bet to succeed the first time. It occurs to him that finding a good place to turn around is not confined to narrow mountain roads, and there have been more than a hundred times in the past that he wished to conveniently turn around, but discovered that it was not always convenient, due to the lack of suitable turn-around opportunities.  But a need to turn around on narrow mountain roads often has a built-in urgency that cannot be dismissed.  Good drivers learn how to execute a K-Turn and therefore polish their driving skills.  It helps to be a good driver in the first place, but when you practice your driving skills, you become a better driver.  There is more than one way to execute a K-Turn, also known as a three-point turn. Both methods are illustrated below but in mountain driving, one technique is preferable. 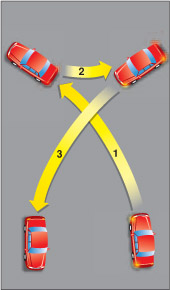 K-Turn starting from right side of road 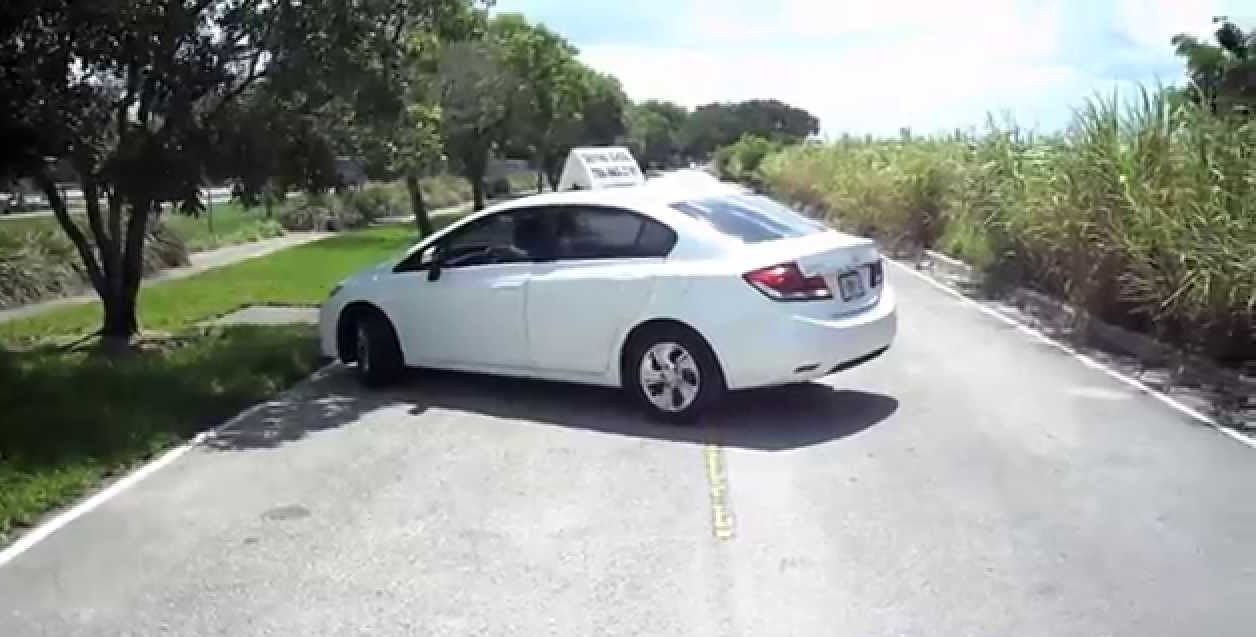 K-Turn starting from left side of road

They teach defensive driving in the US Forest Service. Defensive driving is one aspect of staying safe.  Always leave yourself an out, is one of the prime commands.  That includes knowing where you can turn around on mountain roads.  Such aspects should be included in driver training schools.

In case you are wondering why starting a K-Turn from the left side of the road is preferred, it is because the driver’s eyes are closest to the ground and he sees the very edge of the roadway as he/she gets into position. A better look at where the edge of the road is has obvious implications.  Furthermore, as he/she begins to back up, all of the wheels occupy the roadway until they come full back.  The driver’s eyes are also closer to the ground at the edge of the road on the right side and can better judge how far back it is safe to go before reversing direction and completing the turnaround.