Melancholia pervades a certain genre of music and people who suddenly become vulnerable to melancholia find a certain solace in the words and music of melancholic songs.  Singing the blues is not just an expression, it is a public announcement by the person who displays melancholia that expresses inner feelings as enacted by singing the blues plaintively or silently.

The lone wolf Footloose Forester was often alone during his life but not often did he consider himself lonely.  That is not to say that he did not sing the blues on occasion or show signs of melancholia.  There were plenty of times that called for a Song Sung Blue and the Footloose Forester had a bag full of them.  Some of them were what he called traveling songs, others were pure blues, to be exposed when the times called for them. 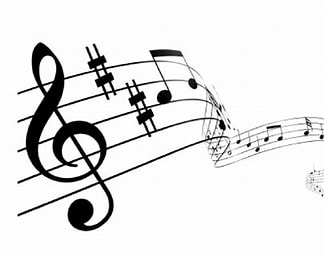 Once in a while the traveling songs and the blues songs were assembled into a mental play list that the Footloose Forester visited quite often during his years On the road…again!!!  That play list is still in his personal archives.  One of his favorites is this one:

As I lie awake and listen

and wonder if it’s late

In my dreams I’m travelin’ on that train

I hear my pulse abeatin’ with that old fast freight

And thank the lord I’m just a bum again

You can’t come back.

So, every night I listen, wonder if it’s late

In my dreams I’m ridin’ on that train

I feel my pulse abeatin’ with that old fast freight

And thank the lord I’m just a bum again.

Another plaintive and wailing song of loneliness has words and melody that conjure up the baleful call of a lone wolf on a barren mountainside rock outcrop:

Oh, way our here they have a name for rain and wind and fire

The rain is Tess, the fire’s Joe, and they call the wind Mariah

Mariah blows the stars about, she sets the clouds aflyin’

Mariah makes the mountains sound like folks was out there dyin’

Oh, way out here they have a name for rain and fire only

But when you’re lost and all alone, there ain’t no name but lonely

Mariah, blow my love to me, I need my gal beside me.

DikDik is (was) a millionaire