Geographic Coordinates with Pictures to Match

If you drop in at digital coordinates 44.293805, -105.526084 this summer, you will enjoy the time and leave with a few pleasant memories.  And maybe a full tummy.  The Hong Kong Restaurant may specialize in oriental food but the pleasant memories come at no charge.  They are not even on the menu but they should be on yours.  Travel broadens one, says a well-known maxim of unknown origin, and savvy travelers know that the prospects of broadening horizons have not changed since the time that idea was first expressed.

Truth be known, the Footloose Forester was not thrilled with a Chinese restaurant as their choice for a dinner venue, but the Bengal Tiger wanted to go there and her happiness was his happiness. He almost never objected to her choice of restaurants, places to shop, or people to visit.  So, it was the Hong Kong Restaurant, and a chance meeting with a very jolly Chinese immigrant who was making his mark in his adopted country.  Travel broadens one, including the broadening of contacts whom we were not anticipating in meeting.  Serendipities come in many shapes and speak different languages. If you ever run across Ron Occhiuto in Shanghai, ask him to tell you about the time a stranger towed his bike for miles across part of the Gobi Desert, then invited Ron into his home for dinner.

Getting to the Hong Kong Restaurant is not a problem, it is in the center of town.  Plenty of convenient parking, as can be seen in the aerial photo of the scene at 44.293, -105.526.  Note: at this stage, the Google Earth photo refuses to load. But keep the coordinates handy; the full description of the area will be available the next time you want to emphasize a point or two about the wide avenues and fresh air in downtown Gillette, Wyoming. Update: The Google Earth photo is now available below. 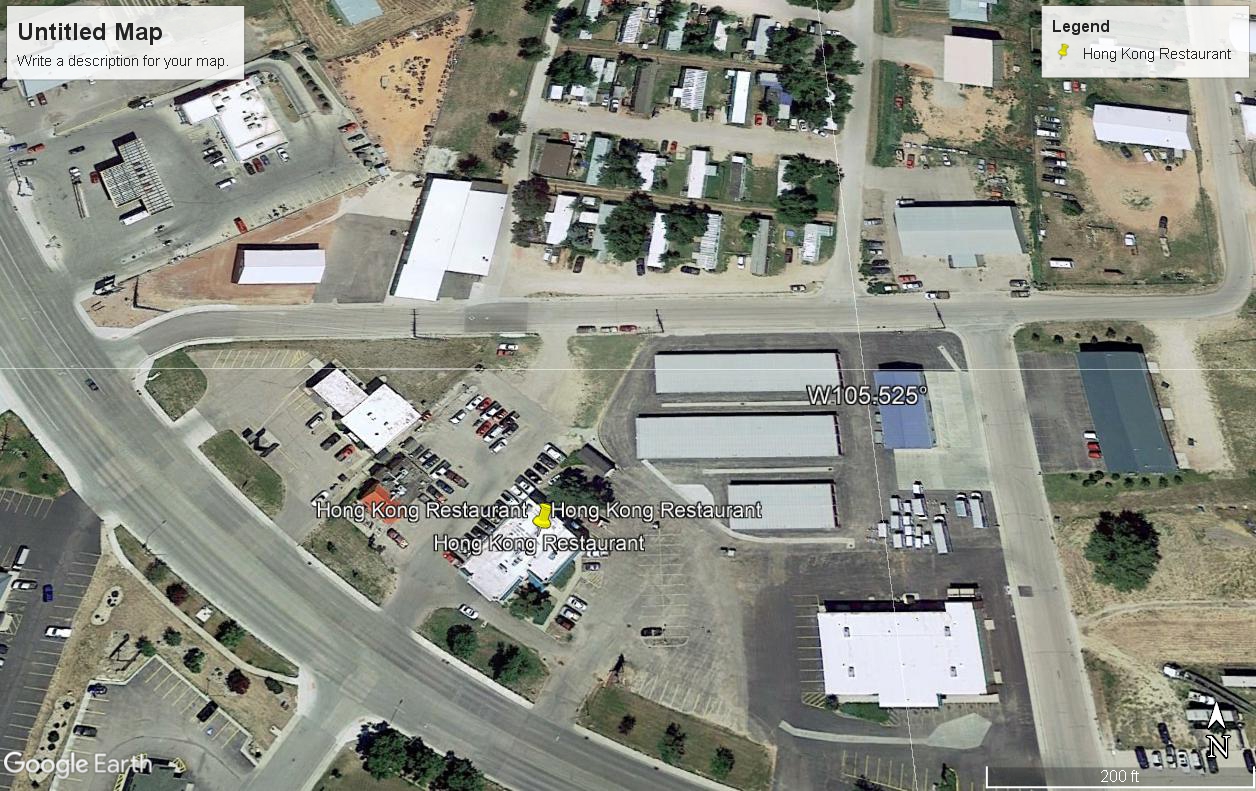 Or the main attraction in the region, the open-pit mining of bituminous coal not far out of town.  Just move the Google Earth map around (to the east of town to digital coordinates 44.297, -105.384) and you can clearly see the dark earth where coal is being excavated.  Mark down those digital coordinates, as well, and add them to your directory of unique places to add to your bucket list.

Now, coal is not sexy or pleasant to handle; and as a fossil fuel is quickly losing flavor to renewable energy sources, but it is king in Wyoming and makes the trip to Gillette worth the time. An impressionable observer might also notice long lines of railroad cars filled with freshly mined coal.  Kids will be just as awed as adults in counting 80-90 or more cars in a string of coal cars on the tracks and watching for the movements of the locomotive engines to decide whether they are coming to the coal pits or departing to the power plant customers downstream.  Train watching or car counting never really gets old to those who marvel at such spectacles as they unfold.  People who are similarly attracted to watching airplanes take off and land know precisely what that entails. 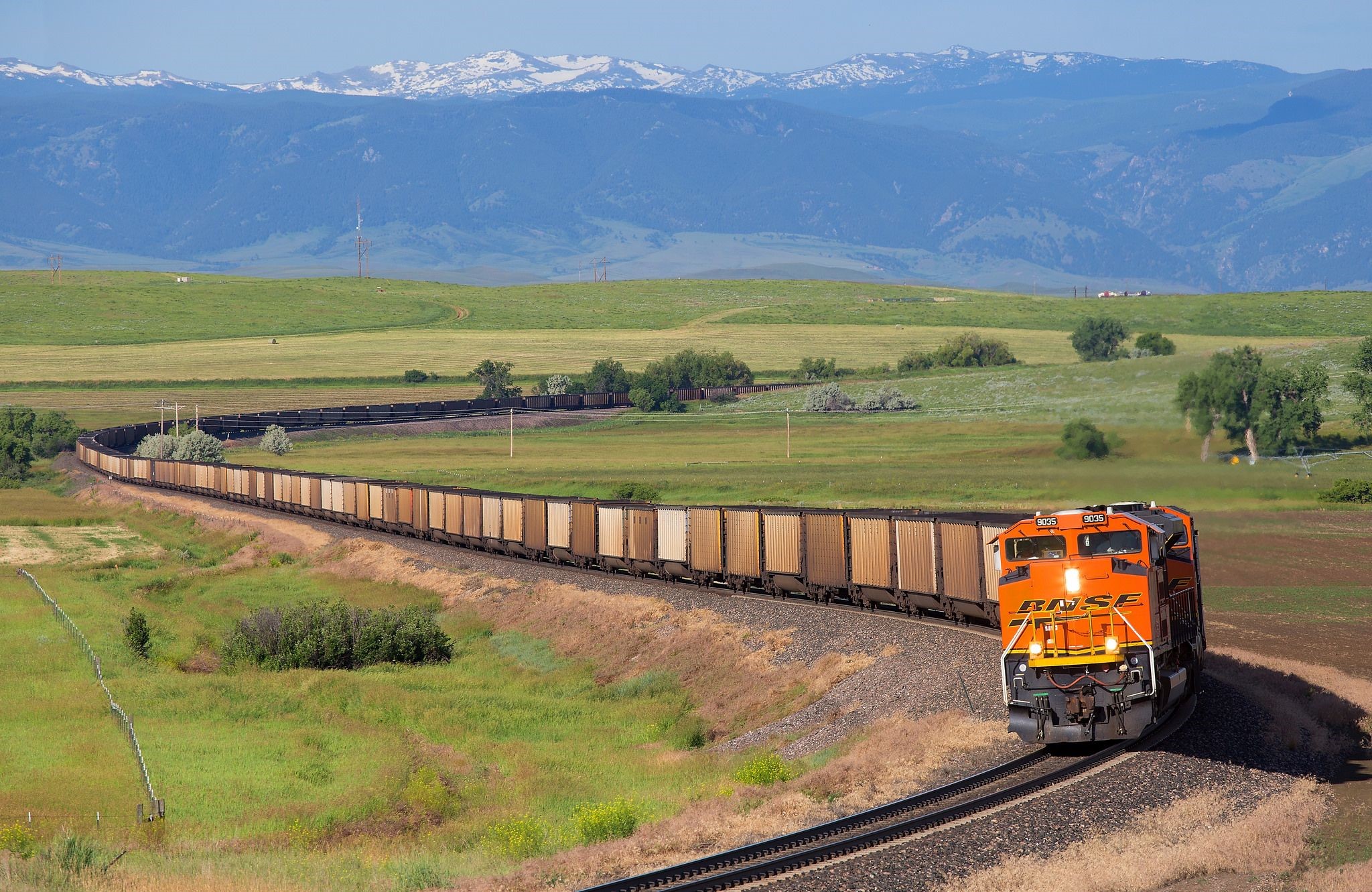 You will be train spotting, as much as you want around Gillette