How Did The Surveying Teacher Know Where The Canberra Bomber Was Headed?

A Practical Lesson in Compass Reading

Being around the action in Viet Nam for almost three years led to plenty of predictable moments of violence.  But some of the earlier and later encounters were not expected.  Take for example, the Peace Corps service of the Footloose Forester in Pakistan.  At a time when Pakistan was composed of the provinces of West Pakistan and East Pakistan, separated by 1000 miles of the Republic of India, none of us could know how the peace and calm of the desert would turn into a war zone.

In 1965 India and Pakistan engaged in a brief war precipitated by the presumption of cross-border incursions by India into the Rann of Kutch, a Pakistani desert area on the border that might contain oil deposits.  Since the ensuing 10-day war is now a distant memory, so is the talk of oil in the Rann of Kutch.  For the Footloose Forester, the only clear memory of the war occurred one clear midnight in Bahawalpur, the large village of his Peace Corps assignment in West Pakistan.

Through the silent desert air the sound of a single airplane kept getting louder. He ran outside into the courtyard to catch a glimpse above the nine foot walls of his compound. When it passed over his house, he noted the spot on the wall where it first appeared, then turned to see the spot on the opposite wall where it passed by.  It was a twin-engine RB-66, or Canberra bomber.  Footloose Forester had seen whole squadrons of them lined up along the runways at two U.S. air bases in Morocco, so there was no mistake. Besides, it was only about 300 feet up, to keep under Pakistani radar. 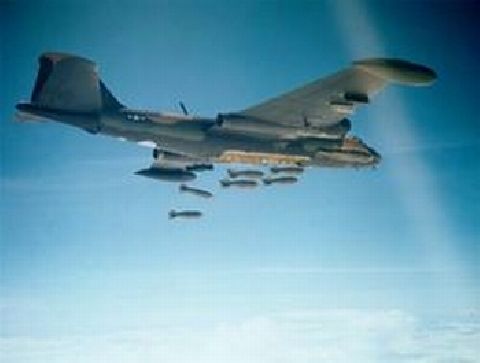 Then he hurried into his house and dug out his compass and a map of the area, which included our position in Bahawalpur, and the border area of India and Pakistan.  Using the compass, he sighted on the wall to determine the azimuth from which the bomber had appeared, and then, turning around, he noted the azimuth of the direction of flight. Inside the house, he then aligned the compass and the map on the floor and drew a line from Bahawalpur back to the source azimuth and another line from Bahawalpur to the destination, based on the forward azimuth.

Within a few minutes he knew that the plane had come from Jodhpur Air Base in India, and it was heading to Multan Air Base in Pakistan.  A few hours later when Footloose Forester arrived at the classroom to teach his 65 students of forestry surveying, he had his compass and map along.  It was probably the only classroom lecture in which they paid full attention.

First, he asked them what they knew about the plane that had flown overhead after mid-night… what it was?... and where they thought it was going?; and where did it come from?  Then he reminded them of the lesson on re-section we had covered the previous week--the process of using a compass to sight on an objective, then drawing a straight line on a map in the opposite direction.  They lit up with interest as he told them he had the answers before the bomber reached its destination.

The students all knew that Multan Air Base was bombed (only a few cows near the runway were killed) because it was announced on the early morning radio broadcast. But they were all surprised to know that the bomber came from Jodhpur Air Base in India.  From that day on, if not before, the Footloose Forester was suspected of being a CIA agent working for the other side.  Oh yes, before he showed them the map of the azimuth lines leading from Jodhpur to Multan and directly over us in Bahawalpur, the Footloose Forester snipped off the margins of the U.S. Air Force map that had been provided  to him by the Peace Corps, not the CIA.