Upon waking, the Footloose Forester often contemplates if and how he will start a chronicle story from his mélange of snippet memories of his life On the road…again!!!   As serendipity would have it, the one person he was thinking about in bed yesterday was the very one at the top of his list of Facebook contacts.  That is to say, the name of the man’s mother was there as a friend and contact, right at the top of the list.  Logically, the memories of her house infused themselves into the fabric of a chronicle that can only make sense and derive satisfaction to the Footloose Forester by stitching together the snippets of past times, in order to validate the realities that remain in his memory banks.

The Muscle Man was her son, and they lived in Ben Tre, Viet Nam.  He was a young boy or perhaps 12 or 13 when the Footloose Forester and his wife first visited their house in Ben Tre.  Even at that age, he liked to work out and we called him the Muscle Man. His mother was a cousin to the Bengal Tiger and the sister of the future Mother-in-Law of the Footloose Forester.  The Bengal Tiger had spent some of her own growing-up years in that house; and that family home is also where her mother is buried, outside in the garden where her mother’s sister is also buried. The two large, red-tiled graves are aligned side-by-side. 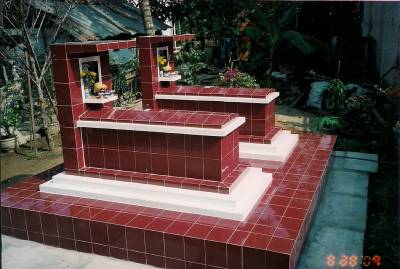 There are names that go along with this story but the names probably don’t matter much to people outside of the family. Their relationships are more important in weaving the fabric of the story, itself.  The Muscle Man’s grandmother was named Sao and she was a sweet, funny lady who the Footloose Forester first met in Saigon in 1968, on the occasion of her visit to her sister Dao thi Trang, the Mother-in-Law of the Footloose Forester. A photo of them standing together still adorns the small ancestors temple in our house in Virginia.  And they now lie side-by-side in matching red-tiled graves in Ben Tre, Viet Nam. 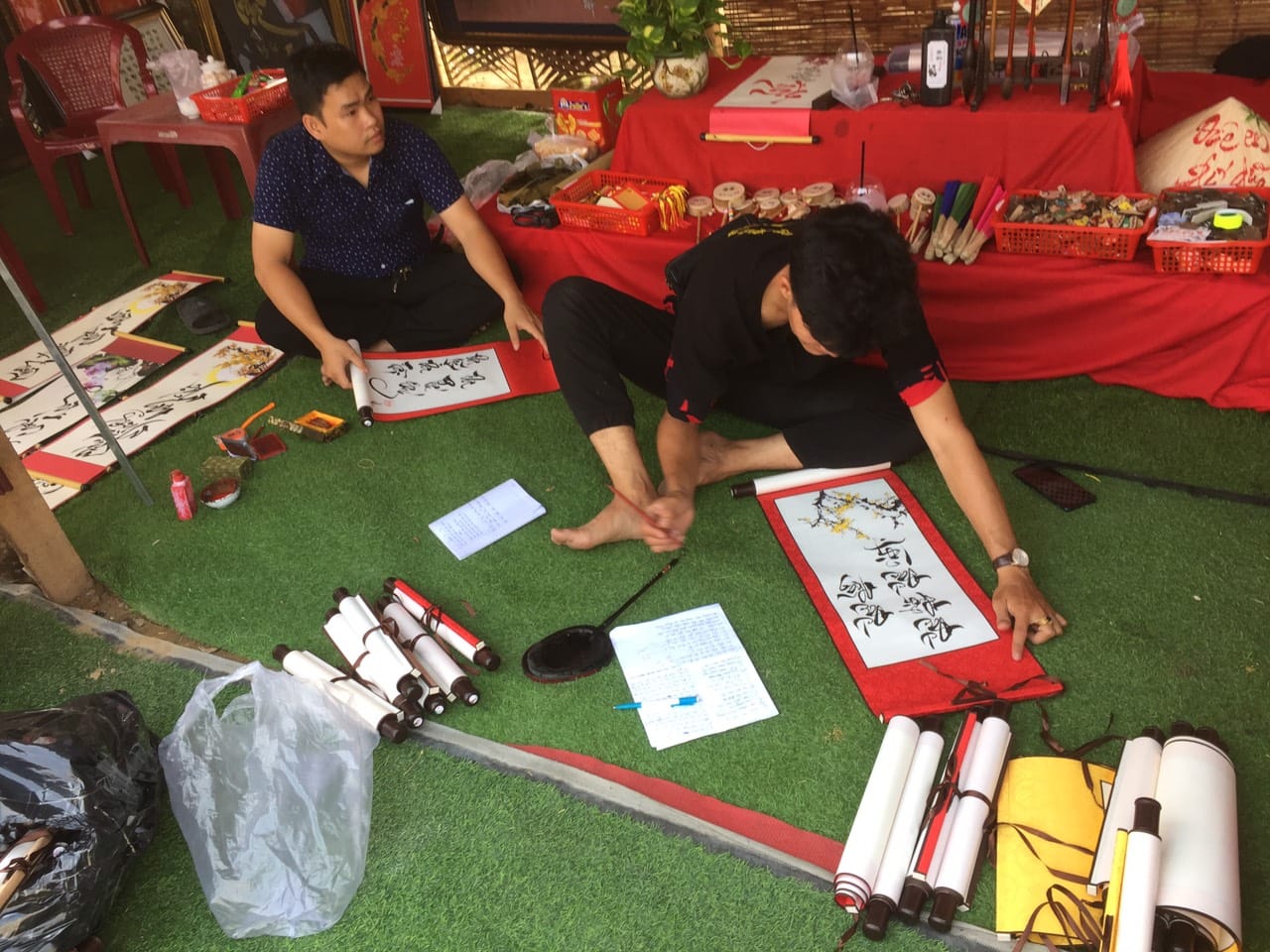 Louis Dao, the Muscle Man, on the left

The common thread of Ba Sao and Ba Trang was their family name, Dao.  The Muscle Man grew up to take on the Facebook name of Louis Dao.  His name at birth perhaps does not matter; but his visage and frequent postings in Facebook distinguish him as a grown man, a military veteran in the uniform of the communist government of Viet Nam, and as a talented calligrapher.  He often expresses himself, as well, with many postings in the Vietnamese language. With the very useful tool of a built-in translator in Facebook, anyone interested may follow the artistic developments of the Muscle Man, his musings, and his classic calligraphy.