For some time now, the Footloose Forester has wanted to add a humorous chronicle to his collection of seminal musings. In the LegacyStories.org website that serves as his preferred archive, his entry log in the category of Humor is pretty skimpy.  People probably don’t find much humor in his occasional attempts at trying to be funny.  Oh, well!  Maybe someday, with more practice.

It is not as if there is nothing to scoff at.  Advertising has plenty of presumptive humor in its many familiar and oftentimes ridiculous commercials.  We as consumers are the targets of the daily, even hourly messages. Few people, however, try to dissect the ads themselves to separate the fact from the fiction. Famed humorists of the past taught us to be observant as they themselves made hay with the ridiculousness that was the red meat of their livelihoods.

Bob Hope dead-panned his tossed grenades and hoped that the attentive audience caught on to the lit fuses of his quips.  Stephen Colbert contrived commercial advertising of bogus products on his show, in an earlier decade of his career.  Maybe he was trying to avoid being sued by real advertisers of real products. But his colleague Jon Stewart did not hold back in his frequent and comedic slicing-and-dicing of Arby’s…of the “We have the meats” slogan.  So it is that the Footloose Forester is emboldened to once again venture into the chuckle-or-groan land of the wonderful land of advertising.

First and foremost among the candidates for ridicule are the too frequent advertisers of auto insurance.  While Liberty Mutual hopes that the main message of their “pay for only what you need” slogan also includes the thought that they will help you to tailor an auto insurance policy to fit your personal needs.  The only thought that comes through for the Footloose Forester is that you can ask for Minimum Coverage.  That’s laughable if not really funny, at least to the Footloose Forester who has been insisting on minimum coverage long before Liberty Mutual was looking for and found a catchy and salable slogan.  Then comes Geico, with an affable gecko named Gordon who alerts us that 15 minutes can save you 15%.  Among the most expensive providers of auto insurance, Geico depends upon a huge advertising budget to convince potential customers that you can save money with Geico.  That same 15 minutes might bring you to the realization that most of the insurance quotes from competitors will be much less expensive.  The situation is laughable, particularly today when an unsolicited offer of a quote from Geico came into his e-mail.

And then there is the Hartford, whose spokesman informs you that those who switch save, on average, over $700—or some such.  It may indeed be true and is legal to advertise that way, if someone previously paid up to $2000 a year in car insurance and then switched.  But if the Footloose Forester switched from the Hartford to his present policyholder, he would have saved over $400-500 because the Hartford is so expensive relative to what he already pays.  The situation is laughable, if not really funny.

No wonder that State Farm, and Farmers, and Allstate are now urging us to check them out to get new, lower corporate rates.  Yes, switching from State Farm, or Farmers, or Allstate to my provider of auto insurance will save you about over $500 more a year.  The situation is laughable--but remember that the big insurers have big advertising budgets. 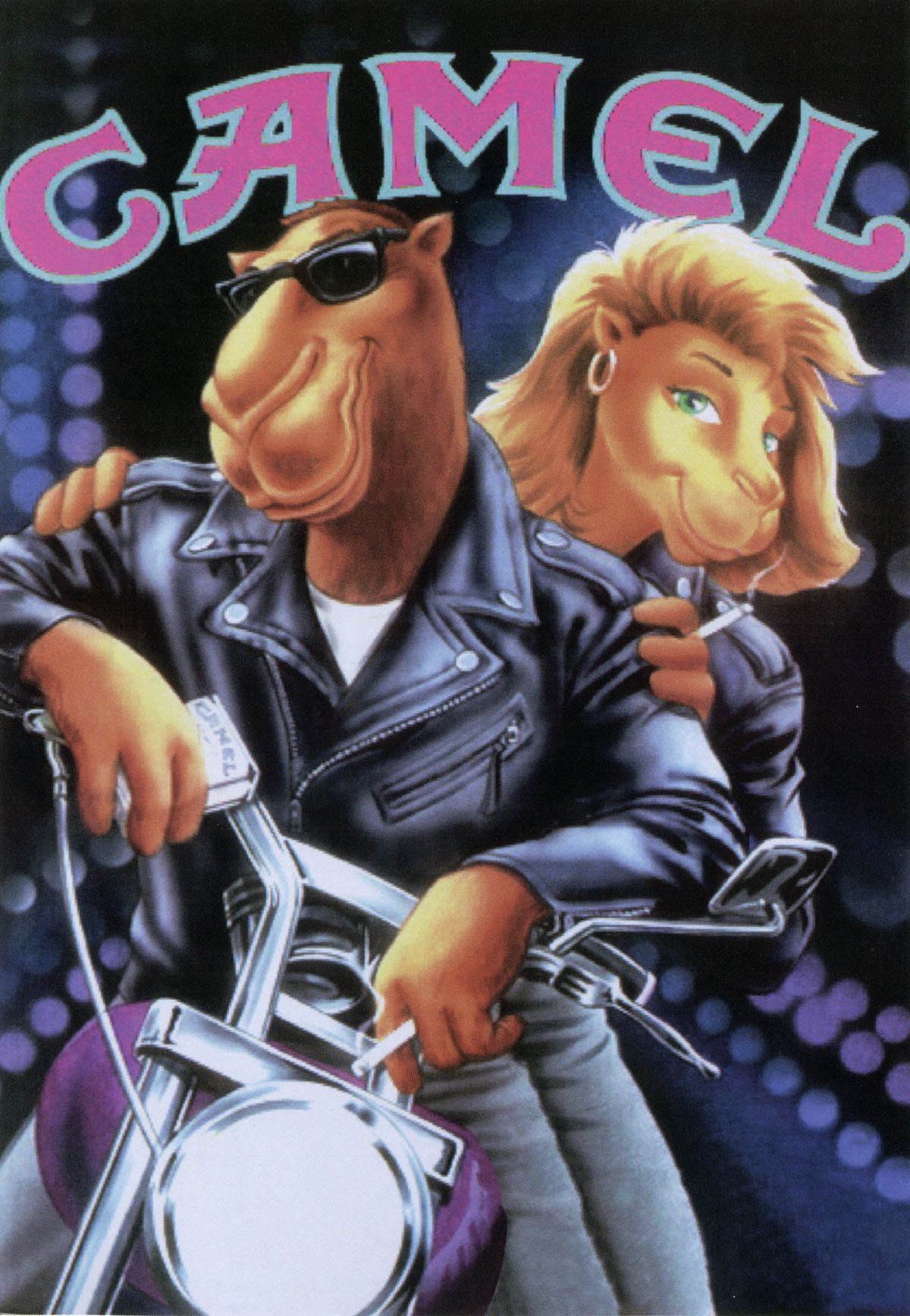 No, Joe Camel is not trying to sell you motorcycle insurance

The tongue-in-cheek approach to humor is not obvious when it comes to calling out high-cost auto insurance, but it still makes the Footloose Forester laugh.  Maybe advertising wavers into the realm of sardonic humor.  Sardonic as an adjective is appropriate because it means grimly mocking or cynical.  Enjoy the silly advertising but remember that the green gecko, the talking camel, and other friendly pitchmen (and cartoon animals) want you to believe that you will save a bundle when you bundle with them.

Sooner or Later, It Was Going to be About Dodge Ci...
Slaloming Down the Volcanic Ash Scree Slope