The trek to the top of Mt. Kilimanjaro in Tanzania was a once-in-a-lifetime bucket-list trip.  Although reaching the top is often hampered by deep snow, a few months of the year are considered ideal times when snow is likely to be minimal.  Our group from the US Embassy in Nairobi chose March and we were rewarded with almost no snow on top. The trek up to the top was physically demanding but entirely within the capabilities of all eight climbers who reached the summit on that sunny but cold 20°F. day in March 1994.

We all carried day packs, modest-sized knapsacks, containing our personal items like gloves and drinking water.  Even in cold weather, dehydration is a problem and we were advised to have at least a gallon of water for the trip.  The Footloose Forester also chose to pack his Army boots for the possible opportunity to descend the east slope in straight line slalom fashion.  He had some experience descending steep mountains by slaloming where it was feasible.  The volcanic ash scree slopes of Kilimanjaro were ideal because the deep ash was not punishing on the legs and the high-topped Army boots gave him good ankle support. 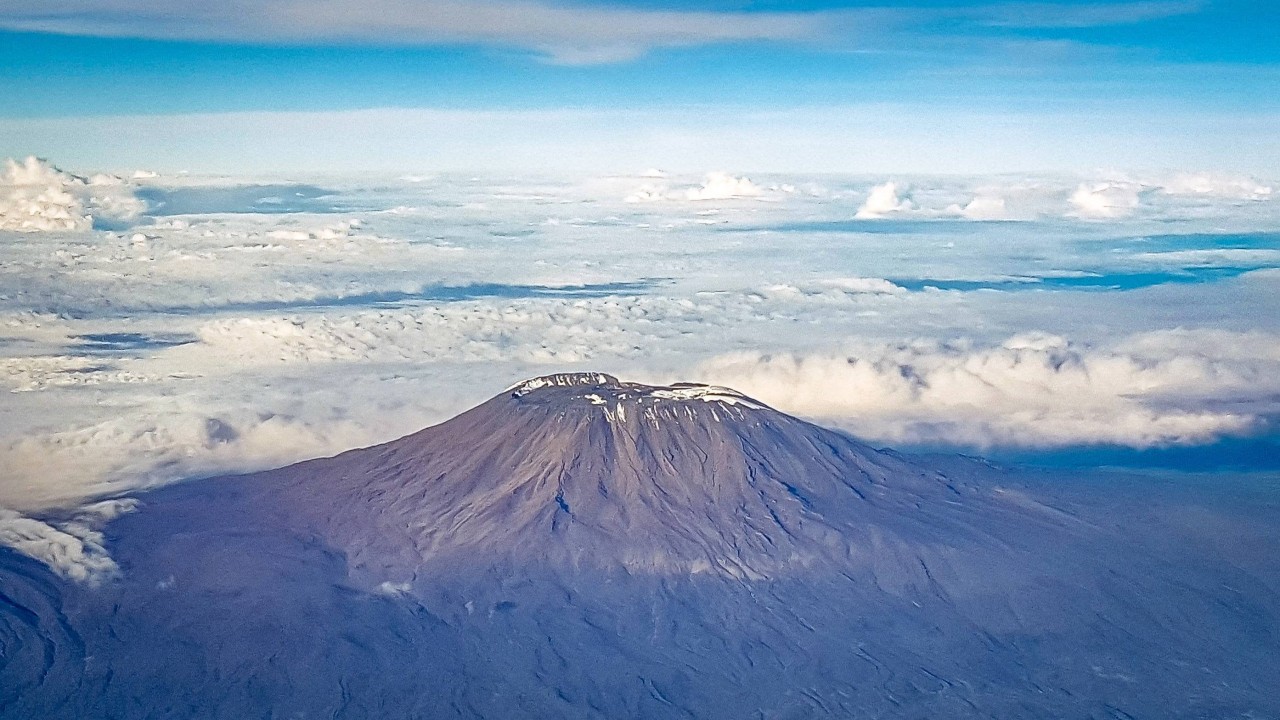 The soft volcanic ash was ideal for a slalom

At about 06:30 AM when the eight climbers were starting their way back down from the 19,341 foot (5895m) summit at Uhuru Peak, we did not feel obliged to stay together as a group because we all knew the route back.  Besides, from our vantage point we could see in the distance, the stone building known as Kibo Hut from whence we had departed at about 01:30 AM that morning, according to plan. Some were fast walkers and a couple like the 53-year-old Footloose Forester were content to take our time.  He had a plan to abandon the regular trail and slalom down the volcanic ash slope.

At the crest of the plateau that forms the last level ground that is actually the rim of the volcano that created Kilimanjaro, the Footloose Forester sat down and opened his day pack to exchange his footwear, from sports shoes to Army boots with their superior ankle support.  Although the slow trek up from the base camp at 16, 300 feet altitude to the apex at Uhuru Peak took approximately five hours, the slalom down the volcanic ash scree slope took only 20 minutes.  It was a joyous adventure.  For whatever reason, none of the others wanted to join him, so it was the lone wolf Footloose Forester who did not pass up the opportunity of a lifetime.

There are a couple of short but pretty good videos on YouTube showing people slaloming down scree slopes.  The existence of the videos unexpectedly popped up after the Footloose Forester had published this short chronicle, but he is not at all surprised.  The medium is the message.

Tongue in Cheek, Pen in Hand
Whiskey, Leave the Bottle!