Those familiar lines, to the devotees of Gunsmoke and its many recorded re-runs, are thought triggers that spurred subsequent actions among the many sodbusters, wranglers, drifters, gunslingers, and others who passed through the swinging doors of the Long Branch Saloon in the fantasy land of Dodge City, Kansas of the old West.  The sodbuster or the gunslinger was marking time before making the next move, his next move, to resolve the problem at hand.  Never a female was featured in such a scene. For sure, it was a very common scene made for TV audiences who may have been contemporaneously looking for answers in their own troubled lives of the turbulent year of 2021.  At a minimum, the cowboy whisky drinkers in TV westerns were looking for inspiration in regard to problems and issues that were plaguing them. In TV land and today, a bottle of whisky is a totem of assuagement. The same category of issues and personal problems also pertained to novelists like Ernest Hemingway and F. Scott Fitzgerald who drank heavily before and during their sessions of passionate writing.  They may not have barked the order, “whiskey, leave the bottle!” but they drank heavily in the hopes of obtaining the inspiration to make their writing efforts worthwhile. 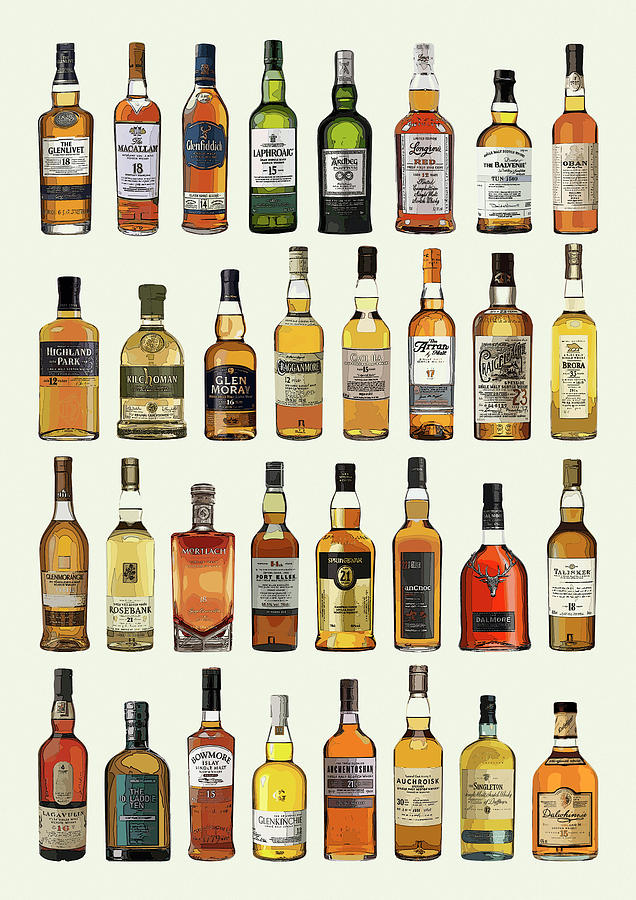 The Footloose Forester has no intention of trying his hand at being a novelist, but he sometimes hankers for being a part of earlier times when a horse and the fresh air of the open range were the daily realities, instead of the lines of snarled traffic in congested cities and towns.  He may never get the chance to walk into a genuine cowboy bar and say, ever so curtly, “whisky, leave the bottle!” BUT he does have a small bottle of opened whisky he sometimes reaches for, hoping that the mind-altering liquid within will hasten the arrival of the inspiration that he is seeking.

Another novelist, screenwriter, and heavy drinker named Norman Mailer, acknowledged that alcohol kills brain cells, but he famously said, “I’ll drink to that.”  He knew from whence came some of his inspiration.  The Footloose Forester has no intention of becoming a heavy drinker, but he does acknowledge that some stimuli like alcohol, LSD, marijuana, and other substances promote thought processes that are beyond the norms found when they are absent in our brains.  This statement in no way endorses or encourages anyone to become or stay high on mind-altering substances—it only acknowledges that they exist and that their effects are somewhat predictable.

Truth be known, the Footloose Forester often encourages guests at his home to share a stiff drink as a way to lessen their inhibitions regarding their willingness to speak freely. Freedom of speech is presumed to be enshrined in the US Constitution, but speaking freely has some risks that many, many people are unwilling to take.  Alcohol often softens that attitude.  The Footloose Forester admits a selfish desire to know what people really think, by having them say things in their own words.  Not parroting dumb memes written by others, not spouting political talking points concocted by paid political operatives; and whose messages oftentimes are exercises in manipulative sophistry.  No, the Footloose Forester gets real gratification in knowing what people really think.  It may be a high price to pay, but one can learn a lot when the mood of “Whisky, leave the bottle!” visits the here and the now.

Searching for the Right Words

Some Essentials For Story Tellers