For a number of years, the Footloose Forester had wanted to write a chronicle about the missionaries he has known.  There were plenty of them, spread out across the globe.  Any such chronicle was going to be a wide-ranging reverie about some of the happiest people he has ever known.  He dithered and debated with himself about how to structure it, what to say, and what best would satisfy himself about recording those memories with due justice.  Finally, early this morning when he was conclusively sure that he remembers that Sister Margaret Rose was the right name for the tall stately nun who ran the parochial school at the Dominican Church missionary school in Bahawalpur, Pakistan; and that Sister Mary Louise was the young impish one who did not mind cheating at bridge.

We Peace Corps Volunteers pedaled our bikes for miles each Wednesday evening to play contract bridge with them at the mission because we enjoyed bridge and we enjoyed their company. For the Footloose Forester, the bike ride was 5 miles but for bridge, it was not too far. Much of what he learned about playing bridge, he learned at the Wednesday night sessions.  Sister Mary Louise learned bridge from scratch during those sessions, even if she managed to cheat from time to time.  When we caught her, her pale white skin would turn pink in a telltale blush, but her quick smile dissolved her petty guilt. We all shared the laughter. 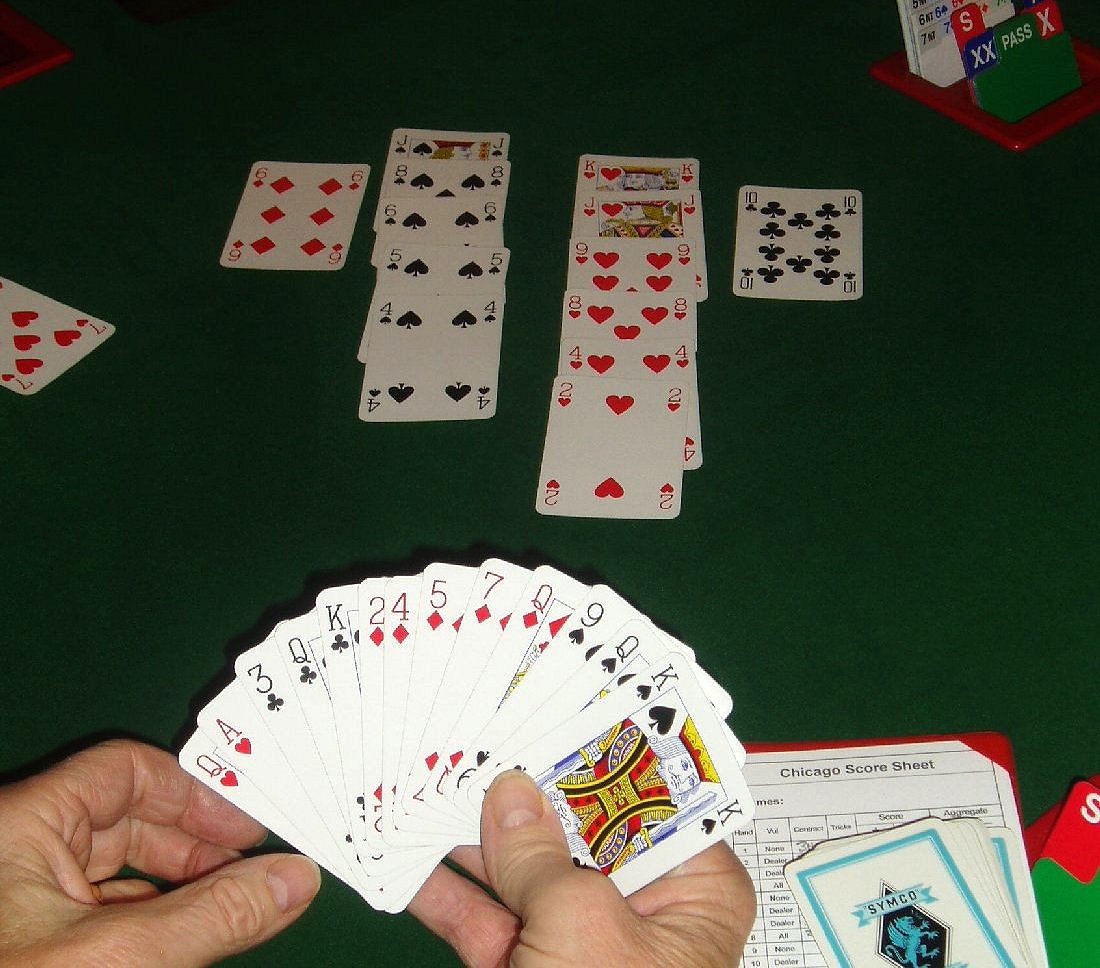 Of course, Mother Superior, Sister Purrisima, had to give approval for her charges to join with the Peace Corps guys in the guest room but she knew that even in religious garb, they were women who had left their homes in the United States and missed speaking English and relating to things about back home.  Through it all, that group of Dominican sisters were some of the happiest people the Footloose Forester had ever known.

On the other side of the compound, one surrounded by walls that are not uncommon in many communities in South Asia, the priest in charge also liked to play bridge.  The problem was, it was usually inconvenient to get four players together to conduct a standard pairing of partners at our unscheduled meetings, so most often we played 3-handed bridge. How bidding was conducted is now gone from memory, but the Footloose Forester does remember that once the winning bid was settled, the missing player was represented by a face-up dummy hand.

Father Fitzstevens was a soft-spoken veteran of the missions who did not deliberate too often but we knew how to draw him out.  As a missionary with few personal resources, Father Steve often smoked the cheap, locally manufactured cigarettes packaged as K-2, after the second-highest mountain peak in existence.  He also admitted that he enjoyed Scotch.  As a group, we volunteers often discussed the plight of the missionaries and we sometimes were able to pack a bottle of Johnny Walker in our suitcases to present the male priests with tokens of our sharing.  None of the nuns smoked, but they did like candy so we also tried to return from occasional trips outside of Pakistan with chocolates for them to share.

The other priest who was perhaps the opposite of Father Steve in demeanor was Father George Westwater, an adventurous soul who frequently became a circuit rider on his visits to his parishioners in outlying districts.  On one memorable trip by camel caravan, Father George came down with typhoid fever. After several days in bedridden confinement, he was ready to go back to what he was doing.  He got out of bed and hit the road again, but although he was cautioned not to get back into action too soon, he got hit again and three times as severe.  There was no way to keep an irascible spirit like Father George in check for very long.  He was one of those people who served Mass in Urdu as a matter of course as a missionary assigned to Pakistan, but he also spent considerable time in learning Punjabi, another regional language that was widely spoken in the area around Bahawalpur.  Needless to say, there was some Sindi, and some Cholistani spoken in the area.  Many of us spent our days understanding only a small bit of what was going on around us.   Peace Corps service was a humbling experience.

This chronicle is the first draft of a wider reverie about the happy people that Footloose Forester met in various places.  Future additions may include truly touching tales about missionaries in Haiti and Kenya.  The Footloose Forester was never overly religious in his outlook, but he knew caring and dedicated people when he met them and watched them in action.  His travels were rewarded with memories that are truly precious.