One unplanned adventure was so short-lived that the bits and pieces of the story framework were so scattered throughout his latest dream that they had to be assembled during consciousness to be cogent. The adventure wasn’t even contemplated, it was just one of those tales that played out during a memorable 10/15-minute period and then locked into the brain of the Footloose Forester for 50 years before being committed to paper.

Were it not for the hard-wired bits of that reverie, there might not be a tale to tell or a yarn to spin.  Costa Rica was fascinating enough, and the Atlantic Coastal Forest setting in the vicinity of Turrialba and the study tour facilities at the retreat of Dr. Leslie Holdridge was iconic.  He had purchased the jungle headquarters on the banks of a river to serve as a field headquarters and as part of his long-term scheme to put the study of natural sciences right in the middle of the woods.  There was no road leading to La Selva, the name he gave it.  Visitors had to get there by boat and that is what our mixed group of graduate students did.  The river was wide enough for motorized boats and accommodated a fair number of dugout canoes.  An open-boat ferry service operated on a regular schedule. That detail is part of the story, itself. 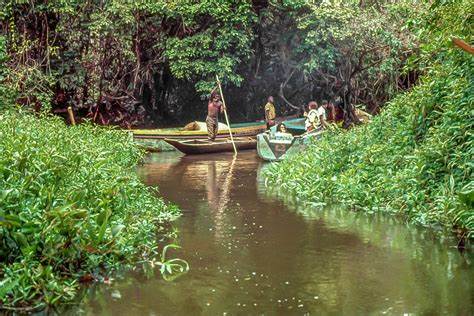 some dugouts are motorized, some not

The bits and pieces of memory include flashbacks to the faces and a few names of the graduate students who had been accepted to a 2-month study tour in, shall we say, tropical science studies.  The basic format of this particular tour was originally supposed to be on the economics of rural peoples, but the organizers at the Tropical Science Center in the capital of San Jose did not have enough to fill their expected quota, so they decided to invite grad students with a wide range of academic majors to join up for a stitched together program that included ornithology, agricultural economics, entomology, rural manufacturing, soil science, and tropical forestry.  Besides, the participants were obliged to undertake individual research of their own choosing and to produce a final report that would be judged and graded by various faculty members at the University of Costa Rica and the professionals at the Tropical Science Center.  The study tour included enrollment at the University of Costa Rica and a written final examination. In return, successful students were awarded 12 college credits that were transferrable to their home institutions.  Enough for the background.

The bits and pieces that matter in the segue had to do with the fact that Bob Latham, a grad student from the Middle West had capsized his dugout canoe upstream in a minor branch of the main river.  In the process, he had lost his trousers that contained a money belt with a couple of hundred dollars in it.  He asked for volunteers to go upriver with him and search for the trousers which he thought should be snagged on a sunken branch in the approximate middle of the narrow stream.  The plan was to go upstream of the point where he capsized and start our search with snorkels and masks as we floated down the stream with a very swift current.  The details of the location, the boat we used, and the fallout are all forgotten now. Only the hard-wired minutes of snorkeling down a raging forest stream are clear enough.  An unplanned adventure for the memory banks.

One other volunteer diver joined Bob in the boat, so it was going to be the two of us following Bob’s guidance as he scouted the general area from the boat.  We both made two passes of about 75-100 meters from upstream to below a point downstream that we thought would be likely as a final snag point on the many submerged tree branches in the steam.  When the combined four passes did not produce any evidence of the trousers, Bob resignedly mentioned that we should try one last time and then give up the search.  In a nutshell of hard-wired recollection of that mental photograph, on his last pass, the Footloose Forester saw in the murky water the trousers coming into view only 2-3 meters downstream.  He stuck out his hand and snagged them, held them tightly, and clamped his free hand onto the boat as he floated by.  Yes, hard-wired memories are real.