Sitting down to savor an upscale beer was also an endorsement of the idea that the taste of beer has a strong appeal to many people.  Not all people, mind you.  The deceased older brother of the Footloose Forester, Ron Pellek, never tasted beer in all his 70+ years.  And he never had the urge to do so, because he said so.  He said it was the smell of beer that dissuaded him.  But many of us see beer, make that “taste beer” with different opinions.  Opinions about drinking beer and opinions about the tastes of beer, itself.

The proposal that various beers and various opinions about various beers may seem confusing, but it should not be confusing. First, convinced beer drinkers will tell you that they like some beers but not all beers.  Some people like lite beers and drink them regularly.  Other people like the Footloose Forester do not care for the taste of lite beers, thus do not buy them.  He, as a personal matter, likes the taste of full-bodied (so-to-speak) beer.  But not all full-bodied beer, thus the depth of opinion goes beyond the comparisons of lite beers with more traditional ones such as Pilsner, Lager, Dark Beer, etc. 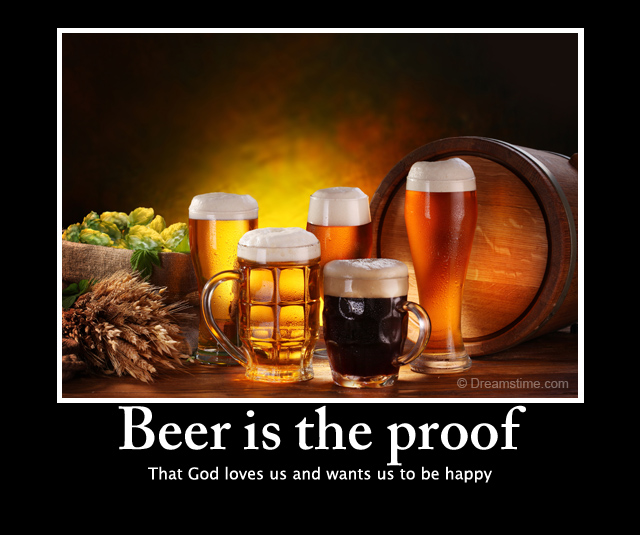 One young lady (a college girl of drinking age) who clearly had opinions about beer did, at that time in 1960, make a point that the Footloose Forester remembers well.  Learning to like the taste of beer may be an acquired trait, she said. Now the expression “an acquired taste” does not get much debate.  Acquired tastes pertain to other foods, as well.  Taste, as one of the six senses, itself is subjective.  Subjectivity cannot be pinned down but it surely is debatable. “Proof of the pudding” is another trope that implies taste tests, and is also subjective when it comes to taste and opinions regarding preferences. The main point is, taste is based on personal olfactory opinions and is thus subjective.  The valid proof of something should be objective and objective truth should be based on verifiable facts. “Proof of the pudding is in the tasting” may be a cute homily, but since it is based on the opinion of the taster, there is no proof of anything in the offing.

More than one comparison might evolve when we think of weighing proof and evidence in our judgments of things in our daily lives. Unfortunately, politics is one of them. Objectivity is always at war with the realities of subjectivity.  Alas, the weighing of evidence in a jury trial may not be as objective as the evidence suggests it should be.  Too many jurors make their judgments using subjectivity as their guiding light.  The very public acquittal of the accused in the recent impeachment trials of our elected president should be proof enough that opinion and not facts very often rule the day and what passes for The Rule of Law in the United States.

Catchy titles and phrases are tools to inspire some chronicles and to gain the interest of readers.  This chronicle was intended to include a life lesson or two about drinking.  The lessons to be learned are likely to be considered as subjective ones because various views about the presumed evils of drinking are based largely on opinions.  Most of us abhor the thoughts associated with heavy drinking and its many negative effects.  Many of us are merely indifferent about social drinking.  A few strict tea-totalers reject and repudiate the idea of imbibing alcohol in any form.  Most of adult society falls somewhere in between, as regards opinions about the drinking, the drinkers, and the drinks, themselves.  Unfortunately, hard facts about the negative effects of alcohol use impinge upon the acceptability of beer, wine, and mixed drinks as virtual fixtures in social circles.  Hence, a two-themed chronicle about drinkin' and drivin' has long been under construction.

Anyone who has a drink or two at a social event and then proceeds to drive an automobile is at risk of being stopped, checked for the alcohol content in their bloodstream, and possibly be cited.  The acronym DUI has unpleasant implications.  Oftentimes the social drinker has to decide whether or not it would be risky to consume even one alcoholic drink at a party or social gathering before driving off to where they are going.  Getting stopped by the police may be in the back of their minds.  Most of us have been in that situation.  On the other hand, who knows how much people get away with without detection?

People probably tend to view their own actions and intentions as honorable ones, but abhor the person who staggers away from a social gathering, soon to become a highway hazard on wheels.  Although the authorities may see things differently,  there should be a distinction made between those who have a beer or a glass of wine then drive off, and those who routinely and with intentions aforethought brazenly dismiss the safety of others and take the wheel in a mindless episode of bravado.