The main thought running through his head in another of those disjointed dreams was, “where am I?”  A sunny scene flashed by, a few loaded words, another scene in a plain, rustic government barrack.  It was going to be another chronicle of the Dreams variety but one that had so few figments of substance that stitching the story together was going to be a bit more challenging than normal when crafting a chronicle based on dreams.  When the locale popped into the memory of the Footloose Forester, the dream-related story could be committed to paper.

In disassembling the figments of dreams and re-assembling them in a way that made them into a storyline, the chronicler who calls himself the Footloose Forester knew that an interesting chronicle entry required a bit of fact, a pinch of description, a dollop of WOW factor, the lure of an exotic locale; and all blended into the brightness of a sun painted canvass of memoirs, On the road…again!!!

Some of the sunny scenes in last night’s dream were focused on the hands-on task of rooting out an entire large Ribes plant hiding in the shade of a large granite boulder.  The Ribes plant (one of 150-200 species in the plant family Grossulariaceae) is the alternative host that is linked to White Pine Blister Rust disease, a scourge that is decimating entire populations of the magnificent Western White Pine, Pinus monticola, the symbol of Idaho. 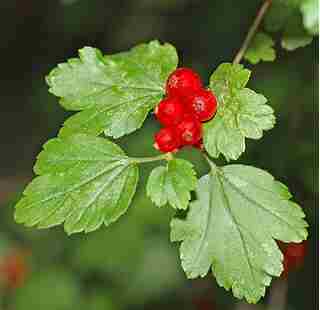 Digging out Ribes plants was always considered stoop labor in the ranks of forestry students and interns who sought entry-level jobs in forestry.  The one-man crews who were assigned to deal with rooting out Ribes, otherwise known as gooseberry, normally sought them out by searching along pre-determined compass lines in likely Ribes habitat. Digging out roots all day was the least glamourous of jobs, so much so that some of the work was contracted out to forest consultants who were not engaged in a more glamourous activity.  Stoop labor as a genre of employment has its own sociological implications. but hungry forest consultants sometimes reach for the nickel-dime jobs nobody else wants.  In this case, the stoop labor came with a few precious memories.

That huge Ribes plant, surrounded by a small field of boulders, was but one sun-lit figment of memory, yet a nagging question in the dream kept popping up.  “Where am I?”  Little-by-little, the answers came into focus.  Another scene in the dream put the Footloose Forester inside a barracks building of Yosemite National Park.

Our consulting firm of Cal-Pacific Forest Consultants had been awarded the contract to survey and root out Ribes in parts of the more remote areas of one of the most iconic places in nature lore.  The National Park Service gave us permission to billet in one of their barracks buildings inside Yosemite National Park but the contract itself was for nearby Sequoia National Park. It took an Inter-Agency Service Agreement to smooth out the logistics but, due to the remoteness of the field operations, Yosemite and Sequoia came together to accommodate the contractors by putting us closer to the job without the hassle of daily commuting from beyond the park and forest boundaries.

Putting the pieces together to make sense of the dream required the remembering of having a discussion with a forester who was employed by Yosemite National Park.  Yes, logging is not practiced inside national parks but the forester explained that he had to keep a low profile in conducting his duties to eradicate or minimize forest tree disease.  He managed a few cuttings when they were advisable, but kept his business to himself.  Were it not for that conversation and his acknowledged role as the forester for Yosemite National Park, the Footloose Forester would not be able to fit the pieces of the puzzle together and conclude that, in that dream, his consulting colleagues were eradicating Ribes plants in Sequoia National Park and sleeping over in Yosemite.

A Tenderfoot Practicing Living
The Gold is Buried at...