The tenderfoot practicing life, who also calls himself the Footloose Forester, had another dream last night and decided that he would share the fragments of his innermost thoughts as a chronicle. He is all about sharing.  Sharing a life with his beloved Bengal Tiger was an honor and a pleasure, so he values the idea of sharing.  Sharing adventures in dreams with others is a social chore that he chooses to do because he knows that the thoughts and the words can be refined and packaged into draft blogs and later shared in letters and Internet posts.  A legacy story or two can be shared, but the story must first be written.

The tenderfoot Footloose Forester chooses to define himself as a journeyman rather than as a master craftsman because he knows that he never was and never will be skilled at the things he does.  Take knot tying, for example. In the Boy Scouts, knot tying skills had to be mastered at least to the level to earn you advancement from Tenderfoot to the next level, to 2nd Class Scout.  Apparently, he learned well enough to pass the test of skills to earn his way into 2nd Class Scout and he fondly recalls those days.  But now, about 70 years later, he is busy re-learning how to tie some of those knots, and learning new ones. Why?  Because the Footloose Forester wants to be at his best at anything he tries, and that goes for learning how to bake cookies or tying knots. 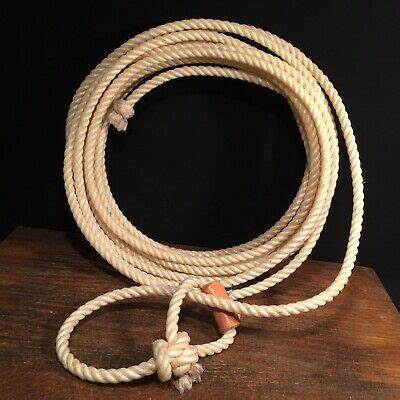 A lariat is pretty special

So, a good bit of time in the presumed idleness of retirement is spent in learning or re-learning how to tie useful knots: the Marlin Spike Hitch, the Slip Knot, the Square Knot, the Clove Hitch, the Double Half-Hitch, the Tautline Hitch, the Alpine Butterfly, the Prussic Knot, the Cowboy Hitch, the Fisherman’s Knot, the Chain Knot, the Bowline, the Sheepshank, and the Trucker’s Hitch. The pièce de résistance is one that he may someday find useful.  It is an escape rope composed of several firm foot loops tied with Alpine Butterfly knots.  As a practical matter, it hangs in his bedroom where it can be retrieved quickly. NOTE: Upon reflection, he decided to repurpose the rope as a rescue rope and summarily put it in the trunk of his car...taking his own advice.

At one time or another in the past, the Footloose Forester had to rappel down a rope, up a rope, or practice escape techniques from a security room.  The lessons of escape are not forgotten and when it comes to escaping from a second or third-story building, a sturdy rope with foot holds is a viable option.  An escape rope is also inexpensive to make and it is transportable.  A length of rope to assist someone in deep water would also be a good thing to have in the trunk of a car.  It would not take up much room.