Only after joining the Western Pennsylvania Conservancy as a volunteer in 2009 did Footloose Forester rekindle his interest in geology.  Having the time to document his memoirs helped, but the thoughts had been tucked away for decades. Now is the time to tell a tale or two about Wrights Lake, in the Sierra Nevada Mountains of Northern California.  It will always have a very special place in his dreams.  With the kind indulgence of someone who cares, the ashes of Footloose Forester might just be interred in the shallow soil of the trail between Twin Lakes and Island Lake, about three miles above Wrights Lake. That has something to do with geology, with the love of the Sierras, and the eternal beauty of that place. This brief tale, however, has to do with Indian artifacts found at Wrights Lake.

The Washoe Indians from east of the Sierra Nevada crest held Wrights Lake in high esteem. Tribal members of the Washoe Nation lived in separate groups in the mountains and on the eastern side of the Sierras, and the Southern Washoe group used the alpine meadows of the Wrights Lake area as their summer range.  The area around Pyramid Lake in Nevada, their winter range, was quite different geologically, as well; and the Northern Washoe normally made their homes there. 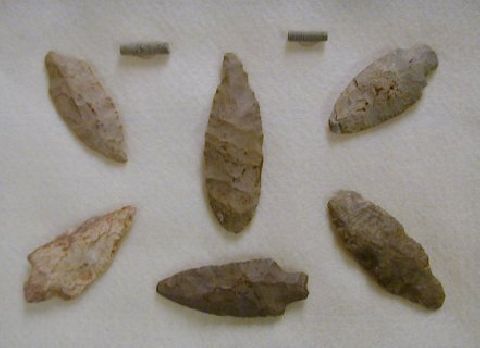 When he was a Recreation Patrolman on the El Dorado National Forest, Footloose Forester postulated that there was an ancient Indian campground on the east end of the lake. He started postulating that idea after he found three red chert arrowheads partly buried in the granitic soils around the lake: two on the east side and one on the southwest side. Chert was not known to occur in the granite basement complex of the high Sierras in the vicinity of Wrights Lake.  At least, that is what his eyes told him; but the area around Pyramid Lake in Nevada did have red rocks and thus the possibility of red arrowheads made by tribal members of the Washoe Nation.

A few people he told of his hypothesis about an Indian encampment listened politely, but nobody offered any additional information. The last person he discussed the idea with was a forester visiting from Washington, D.C. Since the man seemed interested in the story, and part of his official US Forest Service duties included administration of the El Dorado National Forest, the Footloose Forester kept supplying a few details and kept looking for signs that the man believed in what he was hearing.  But only when Footloose Forester asked the D.C. forester to move his foot so that he could pick up an Indian arrowhead that he was standing on, did he really light up. A few years later a large Indian encampment was unearthed on the east side of the lake where Footloose thought it would logically be established, in the first place.

Epitaph Of A Wanderer