Charles Kuralt and Bob Simons had a few things in common.  Both were writers who gained their inspiration in places far from the office.  They did not tell me that. It showed in the visual displays of their far-flung venues where they proudly told stories of men and women, boys and girls, whom they encountered, On the Road with Charles Kuralt, and On Assignment with Bob Simon.  And don’t forget Willie Nelson who shared his enthusiasm in song, On the road, again!

One can only speculate how much inspiration was gathered like fuelwood from country boys and girls who became farmers, ranchers, loggers, and down-to-earth homemakers in small towns and in back-country cabins around the nation.

Charles Kuralt’s America highlighted his travel van, Willie Nelson gets associated with highways of the over-the-road truckers, and Bob Simon was often depicted in scenes of rural poverty in Third World countries during his foreign assignments. Regardless of the locale, the average person immediately thinks of wide-open spaces and the common folk one is likely to encounter there on a daily basis.  Floyd, the tie hacker, was one of them.

Floyd was a barrel-chested bear of a man who had only one eye, walked with a limp, and exuded a sense of confidence that he could tackle any job that was thrown at him.  His past experience as a tie hacker in Wisconsin was a passport to his presence in the northern woods of Montana where we met on the job. Tie hackers were known to be rugged woodsmen who wielded heavy broadaxes to cut and shape railroad ties, sometimes referred to as sleepers. Floyd lived in a tiny house within sight of Warland Ranger Station and walked to work every day with his devoted wife, a Montana resident and former member of the Blackfoot Nation. Although tiny Warland, Montana is no longer found on maps because it was submerged, along with Warland Ranger Station, in the rising waters of the dammed-up Kootenai River. The subsequently formed Lake  Koocanusa combines references to the Kootenai River, Canada, and the USA.  But it was in and around Warland Ranger Station that Floyd and the rest of our seasonal work crew shared a few, spotty but memorable episodes of can-do.  Sometimes it was a case of must-do.  Floyd was up to the task.

The scenario that became so eidetic as one of those cherished snippets of reverie was all about the day when we encountered a large, fallen tree that blocked the road and our passage to our daily assignment.    A Douglas Fir that was about 22” in diameter had toppled over from its exposed position on a ridgeline on our left and fell perpendicularly across the road cut.  The dirt road itself was seldom traversed, so there was no telling how long it had been there.  Dick Miller was driving and was in charge of the small detail that had been dispatched to search for the source of a fire that had been started by lightning. 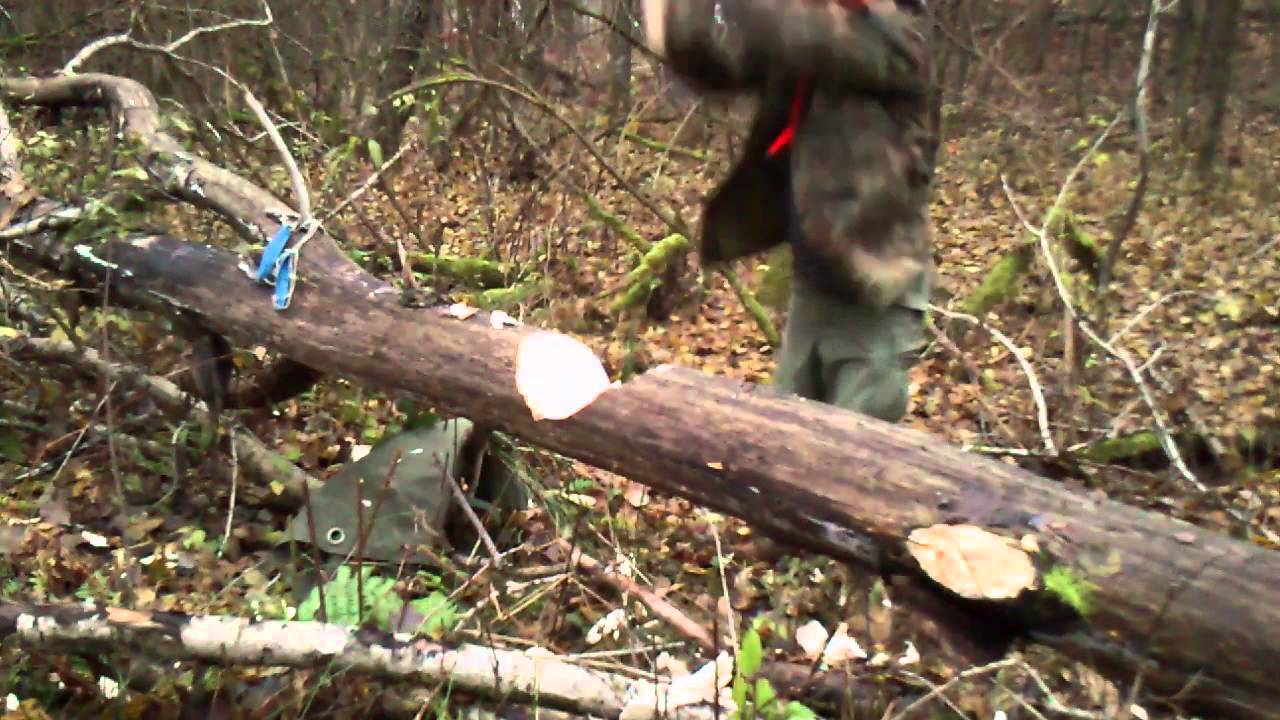 Floyd the tie hacker and the tenderfoot Footloose Forester got out with a double-bit axe to start to clear the road.  Dick Miller backed up and returned to Warland Ranger Station to fetch a large cross-cut saw to further cut the long stem into manageable pieces for easier removal.

Indeed, the unusual vividness and detail of the scene is exactly what makes the eidetic memory such a fond snippet for the Footloose Forester who was an impressionable young man, On the road…again!!!

With little hesitation, Floyd started chopping into the bole on the downside of the road, where we would have to push the crown and branches.  He took angled swipes on the left and then, at an interval of about 22”, he started in with swipes on the right. Anyone could see that his clean, descending blows, both right and left, would form a V-shaped cut at the very bottom. One-by-one, the chips began to fly.  The first chip was about 22” in length; the second chip further into the bole was 20” or so; the third and fourth were progressively shorter.  Near the bottom of the deep V-cut, the chips were only a few inches long.  At that point, the bole was about to be completely severed and the majority of the tree was destined to slump to ground level below the surface of the roadway.  Yes, the scene was vivid; and why “eidetic” is the perfect word to describe the episode.  After all, the word eidetic means “relating to or denoting mental images having unusual vividness and detail, as if actually visible.”