It should not take an archeological discovery for the world to share the identity of one of the most delicious fruits to ever grow on a tree.  A still-mysterious mango variety from Australia is surely not a mystery to mango lovers in Australia but it is to almost all American mango lovers.  The Footloose Forester first tasted it in Viet Nam in 2018.  As a not-infrequent traveler to tropical and sub-tropical regions where mangoes are grown, he savored a dozen or so mango varieties over the years but acknowledges that only a few mango varieties can be considered as outstanding in regard to taste, lack of stringiness, smallish seed, and an overall pleasing appearance.  Of the one thousand or so mango varieties known to botanists and horticulturists, only a handful have earned market acceptance in production numbers large enough to be considered as worthy commodities for sale in supermarkets.

Don’t get me wrong, I’m not denigrating certain varieties out of personal disdain for mangoes in general; on the contrary, I’m trying to promote better varieties that may someday be more generally available in the produce sections of supermarkets where I shop.  To date, there are only a few varieties available and on any given day there are never more than one or two varieties to choose from.  It matters because not all mangoes taste the same, look the same, have similar sizes, and most importantly, have the same characteristics regarding stringiness and the thickness of their skins.  To the uninformed, mangoes can be and have been judged by experts who take note of such characteristics regarding their fruit. In a now-forgotten double-blind taste test of mangoes dating back at least 40 years, the Pieri variety came out on top.  The common Hayden variety predominantly grown in Hawaii came out in 2nd place, yet there are not enough Haydens nor Pieris grown in other places to make them into staple commodities in supermarkets.

Supermarkets in the Eastern United States often have Kent, Tommy Atkins, and/or Keitt mango varieties in stock, but in the opinion of the Footloose Forester, they are all second-rate regarding taste; and they have other objectionable characteristics.  The best variety currently in stock and at a reasonable price and in sufficient production volume is the Ataulfo.

When he was a Peace Corps Volunteer in Pakistan in the early 1960s, the Footloose Forester very often had mangoes for lunch.  Indeed, there were several other green-skinned or pale-yellow mango varieties in the local markets, but he chose, each day, to buy a kilo of a small and undistinguished variety that had delicious juice and a very low price.  At about 4 annas per kilo, equivalent to 5-6 cents/pound, he thought that he could afford them.  As he recalls, the better-quality mangoes cost ten times that much, so he chose to live within his small monthly budget.  They were recognized as “juicers” and considered as poor man's food.  But his love of mangoes grew from those days forward. 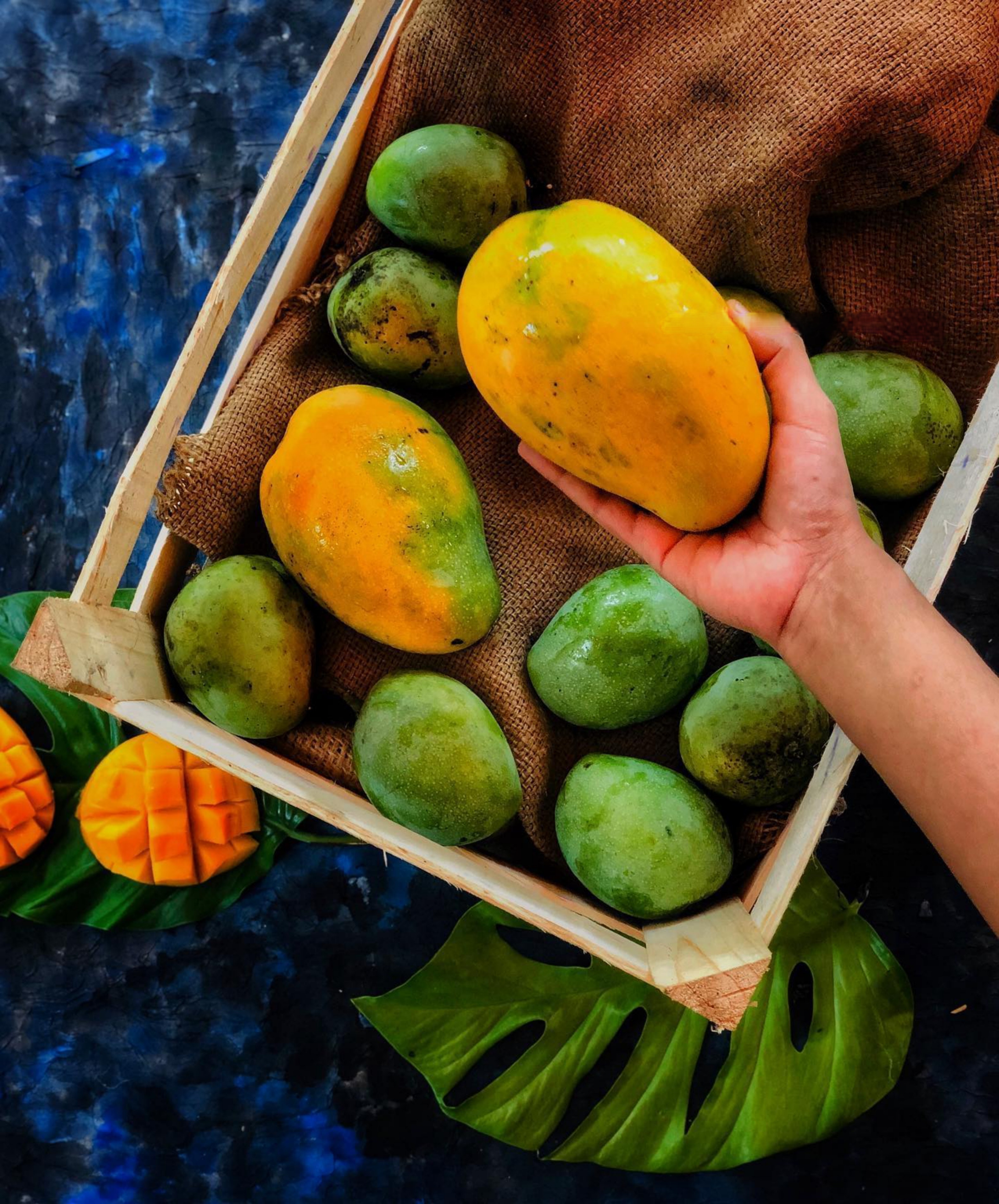 The unidentified mango above is just one variety that most people will never taste.  The delicious one below may sadly be another. 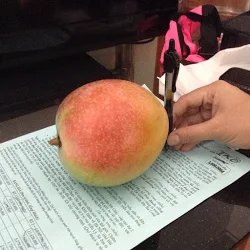 As a chronicle, this current missive is meant to focus on the mystery of the still-unidentified Australian mango that is par excellence in regard to size, color, texture, and taste.  It is every bit the equal of the Pieri.  And the Footloose Forester is asking again for someone to come forward to give it a name.