As an arthritic old geezer reveals his slower gait and hobbles along on well-traveled legs, he realizes that his inherited genes for snark, sarcasm, and persnickety tale-telling are as polished and needy as ever.  Many a time the Footloose Forester has wanted to go back into a few of his personal chronicles to add a few anecdotes that add a little more color to the people, places, or events that formed his wanderlust daydreams.  Lately, it has been about cowboys and western lore.

Choosing to work in the woods in Idaho and Montana on his first forays into forestry put him into proximity with an occasional cowboy.  Most of them were in passing but a couple of them were close by.  The first one who came to mind was Al Steen, our woods boss in Idaho who had been a bronc buster in his earlier years, as the story goes, but had to give that up when a horse threw him off so violently that it broke his neck.  At the time that the Footloose Forester met him, he had been assigned to honcho our crew of brush apes at our Whisky Creek camp, which we first had to construct on a ridge spur along a logging road that wound its way up through the timbered mountainside.  Al could walk normally but his previously broken neck prevented him from turning his head around, so had to turn his shoulders to see behind him.  We wondered how he managed to drive the large stake-side truck that was used to move supplies and equipment.  On more than one occasion we saw him backing up by standing on the running board, steering with one hand and navigating those dirt roads in reverse.  There was more to it than meets the eye, but we never learned how he became so skilled at it—and we didn’t dare to ask. 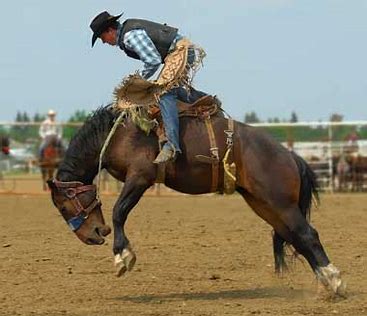 Al Steen popped into the daydreams of the Footloose Forester, impelled there by an event we enjoyed outside a cowboy bar in Elk City.  There were a few of us in town to watch the tiny rodeo that was going to take place only a few hundred yards away.  None of us had a car at that time, so it was Al who loaded us into the back of the stake-side truck at camp and drove us to the festivities.  Al may have had a beer in his hands as he cheerfully told us the story of a family of tourists from India who were touring the West.  First off, the head of the household posed a question to Al:  what about these Red Indians?   Al was amused that a native of India wanted to know about American Indians.  Next, the man confessed that he hoped to meet three types of westerners:  A cowboy, a Red Indian, and a forest ranger…to which Al replied, “take a look at me, I’m all three.”  He may have been stretching the truth a bit, but Al claimed to have some Indian blood in his family, he did work for the US Forest Service and was a small-time rodeo cowboy.   It was a good story then and a juicy daydream.

We strangers from Wisconsin, West Virginia, Indiana, and New Jersey got to meet the locals because they were just as curious about us as we were about them.  It also made it easier to meet one of the cowgirls who rode that day in the rodeo (Norma Byrum) and her younger brother Pete.  That evening, underage Pete got so drunk in the cowboy bar that the owner asked Footloose Forester to take him home and put him to bed.  Footloose Forester hoisted him up on his shoulders and waded through the crowd of revelers and carried him out and down the street when Pete bunked.  Pete Byrum was at least able to direct Footloose Forester where to go, to the second story of the building next to the abandoned dance hall.

An active rodeo cowboy in Grangeville, some 60 miles away, made a lasting impression with a handshake so strong that he apologized to Footloose Forester if he was too exuberant at our introduction.  Another former rodeo cowboy who came along to join us at Whiskey Creek had wanted to introduce us and knew that his friend was in Grangeville. Harold, a sad tale, told Footloose Forester that he had been married for 10 years until he came home one day to find his wife in bed with another man (another rodeo cowboy?) and that was the end of the marriage, and his voluntary banishment into the woods.   He seemed to be looking for a friend but was too much of a boozer to suit Footloose Forester.