(For a kid who thinks he can)

If you think you are beaten, you are;

If you think you dare not, you don't.

If you'd like to win, but think you can't

It's almost a cinch you won't.

For out in the world we find

Success begins with a fellow's will:

It's all in his state of mind.

If you think you're outclassed, you are:

You've got to think high to rise,

You've got to be sure of yourself before

You'll ever win that prize.

To the stronger or faster man,

But sooner or later the man who wins

Is the one who thinks he can.

Attributed to Author Napoleon Hill circa 1973

Perhaps the attribution for that inspirational poem goes to Napoleon Hill in 1973, but the Footloose Forester heard that same poem, or very similar, at a Rutgers college orientation in 1956.  It doesn’t matter the authorship or the date; the words have stayed with him for decades henceforth, especially the latter ones:

To the stronger or faster man,

But sooner or later the man who wins

Is the one who thinks he can.

Living life as someone who knew that he was not the tallest, strongest, or fastest the Footloose Forester learned early on to be self-effacing and be both humble and serious about it.  Instead of proclaiming that he would win, he announced that he would try.  Instead of predicting what he would score, he quietly pledged to do his best.  Not to hang back, but to not stick his chest out and swagger.

It didn’t help to brag about one’s skill as a competitor in sports.  He was a runt, and a short one at that. He thought it was far better to surprise someone with an unexpected victory in the face of outward diffidence than to talk trash and later hang your head in shame about a predicted triumph.  The triumphs were few and far between, but there were a few spanning decades.  He was never a starter but always a competitor.  If the Footloose Forester was self-effacing that did not mean that others didn’t rate his fighting spirit as a factor in team sports.

In pick-up basketball games his scout troop urged him to be the Captain.  In a high school pick-up softball team, he remembers a remark of a fellow teammate that he deserved to be Captain.  And in the only pick-up football competition between his Explorer Scouts Troop #91 and the summertime encounter in Stokes State Forest with the Troop from Sussex County, New Jersey, he learned what it feels like to be knocked out. 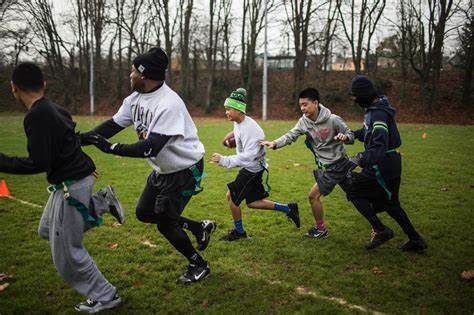 We thought that the Sussex guys were bigger, heavier and probably tougher than we were.  Early in the game, we got a taste of their toughness.  It was “tackles”, a game resembling football but without the shoulder pads, without helmets, and without hip pads.  Before the game started, we sized them up and decided that their star was probably a guy named Fritz, a scrapper, a hitter, and a dangerous runner…and all that just by looking at him.

The Footloose Forester was right in that team assessment.  On offense, Fritz got the ball most of the time.  On defense, Fritz was usually at the site of the tackle.  What made that game of tackles so memorable was the never-faded memory of Fritz breaking through our defensive line and barreling straight toward the Footloose Forester who was the last kid in the secondary who could stop him before he scored.  Fritz just ran over the Footloose Forester and knocked him out cold. It wasn’t for long that he was out, probably because none of his teammates said anything afterward, and Footloose Forester didn’t want to expose his failure to make the tackle.  All he remembers is waking up to the cheers of the Sussex team and their 6 points on the board.  In those days of pick-up tackles, we never considered extra points because there were no goalposts.

As the game went on, our team never spoke a word of disappointment at our early setback, but instead plotted how we were going to get ahead.  That day, Stanhope Explorer Troop #91 gave the ball to scrawny Footloose Forester on almost every offensive play.  After he had scored 6 touchdowns, we decided to call it quits.  Final score: 36-6.  Maybe he was a self-effacing type, but his team thought that although he was not the bigger or faster man, they believed that he was a kid who thought that he can.

6 Ways to Numb Yourself without Drugs
Agent Orange Returns